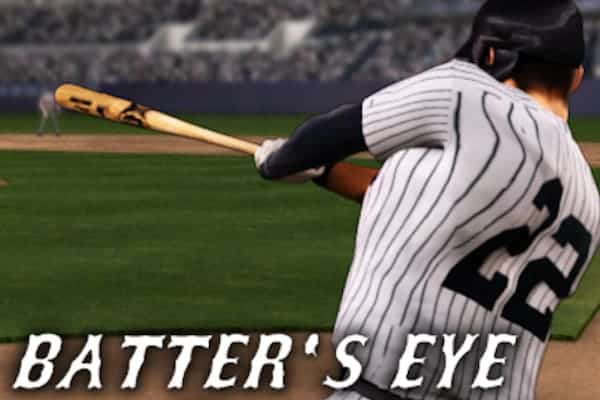 Baseball has been known as the Great American Pastime for decades now, needless to say, it's a pretty popular sport in the US and in recent years, more Internationally, too. Baseball games have been around as long as Video Games themselves have been. With the explosion in Android games, we can know take these games with us wherever we go. However, with Baseball games having been almost perfected, what can a new game hope to offer to an already pretty full genre? Read on to find out.

Description: Unlike most Baseball games, Batter's Eye is a game for those hardcore fans of the game that know the ins and outs. Instead of arcade sports action, this is a new take on sports trivia. Instead of just throwing questions at you however, the game has you identify pitches as they're hurtling towards you. Giving the same sort of feeling as if you were right there, Batter's Eye will only let you hit a ball if you guess which pitch it is. Guess incorrectly and you'll have to face the wrath of the crowd as you miss the ball. Batter's Eye is not just a simple mobile game however, as you can use this knowledge to adjust your batting method in real life. This is, at last, a Baseball Game for Baseball Players.

How it Works: To get started with the game, just go ahead and download it from the Play Store. 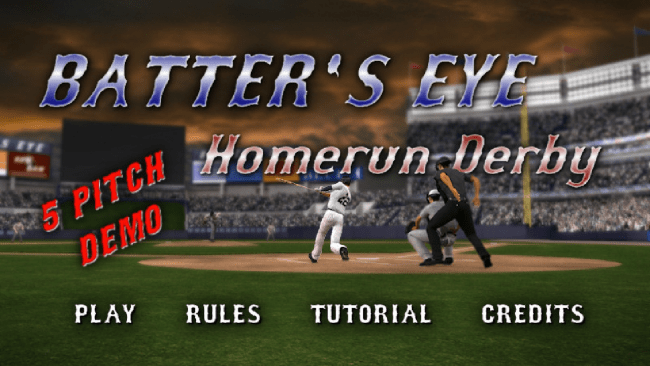 If this is your first time playing the game, then go ahead and take a look at the rules, which will tell you how to play. 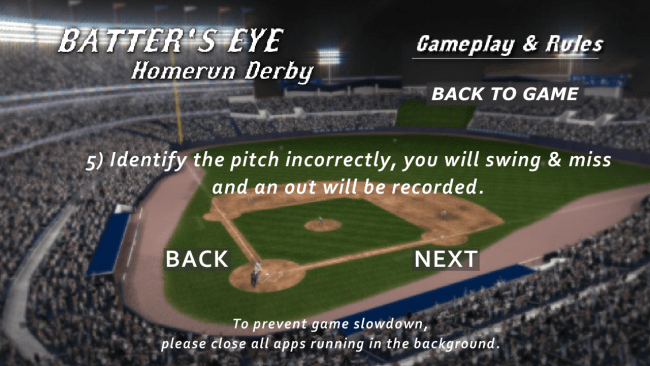 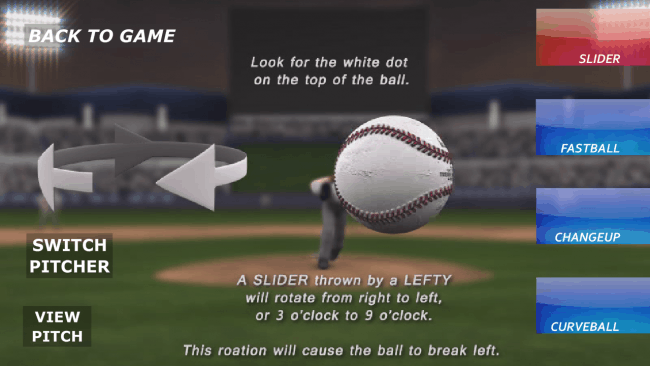 Each pitch, of course, has a different look and it will also tell you how they look from a Lefty or a Righty. 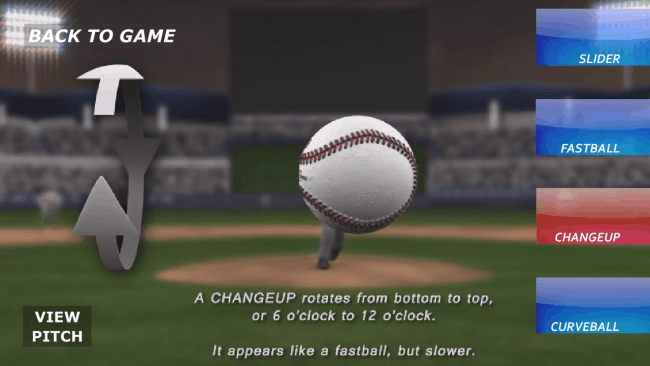 When playing, you need to hit the button for which pitch you think it is before it hits. Get it right, and you hit a homerun: 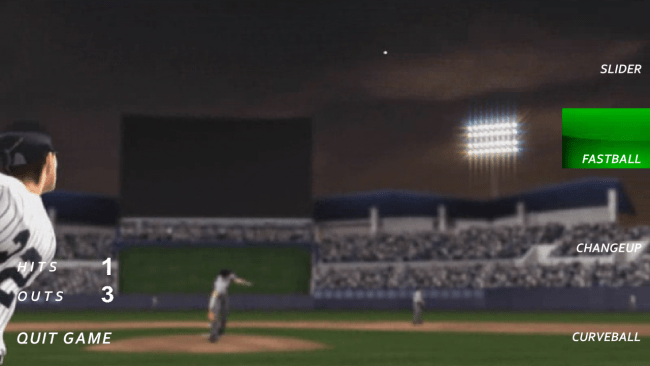 If you get it wrong, you have to face the embarrassment of the crowd and get hit out, much like in a real game. Timing is everything when batting and if you can recognize a pitch correctly you can learn to hit it out of the park like a real star. 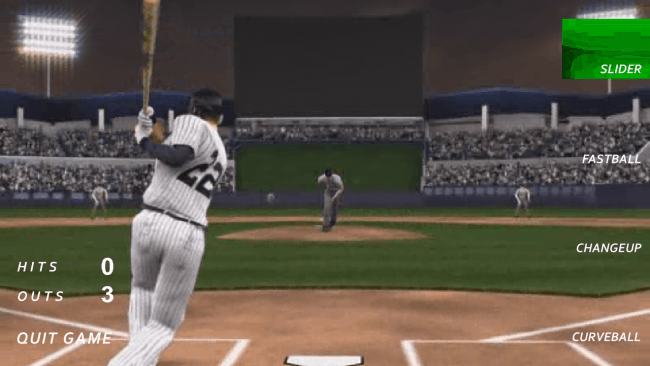 Opinion: Batter's Eye is a great game for those really interested in the sport. The problem with most Baseball games is that they can be pretty unrealistic, especially those on mobile. Batter's Eye is a great game for those that have a vested interest in the game. It's technical without being too boring, and the photo-realistic gameplay is great for those who care about detail. Batter's Eye can also be used as a tool for those just starting out with Baseball, it teaches you how to identify different types of pitches, and as we all know, knowing is half the battle. For those playing in High School, you can recognize the pitches just as your opponents are learning them, giving you one more advantage. Besides, the game can be a lot of fun on those long bus rides. Not just that but, Batter's Eye is a lot of fun for those that have watched years' worth of Baseball game and now just want to kick their feet up and play a little bit of trivia.

Conclusion: Batter's Eye Baseball is a great game for die-hard Baseball or Sports fans. It's not your typical Baseball game, and that's a good thing. Instead of focusing on cheesy arcade game types, Batter's Eye delivers wholesome and precise gameplay that will appeal to those either getting started with Baseball or dyed in the wool veterans. It might come across as a simple trivia game but, guessing the pitch right each time delivers a rewarding feeling. If you like the 5-pitch free Demo, maybe try the paid version.