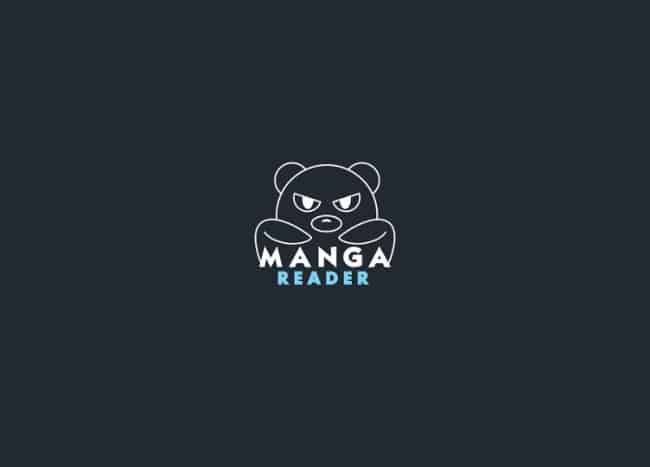 Ever since Amazon first debuted the Kindle, we've all dreamed of digitizing our book libraries and clearing up loads and loads of space. For those that are fans of Manga however, digital copies not only means being able to clear up some clutter but also, perhaps the only way to get hold of new issues. Buying Manga is great but, the only place to get a hold of real hard copies is to buy off of the internet, which is often quite costly. Is Manga Reader the next app to help save Manga lovers? Read on to find out.

Description: Manga Reader is a well-designed application that features manga from all sorts of publishers and from all over the world. With manga available in English, Spanish, French and Vietnamese there's something for almost anyone when it comes to Manga. With a Holo-designed app, Manga Reader is easy to use and good-looking. For those looking to get a hold of some new reading material, Manga Reader can help thanks to its vast library of titles.

Opinion: As a fan of Anime and Manga, it's much much easier to be able to control all of my manga digitally, rather than having a whole bookshelf filled with the stuff. The app itself is easy to use and it doesn't take long to get to grips with the interface. With manga in a whole host of languages there's a lot of manga on offer and there's some really good titles available to download and read for free. Of course, this depends on which region in you're in.

How it Works: To get started with Manga Reader, you first need to download the app from the Play Store, after that you're ready to go. 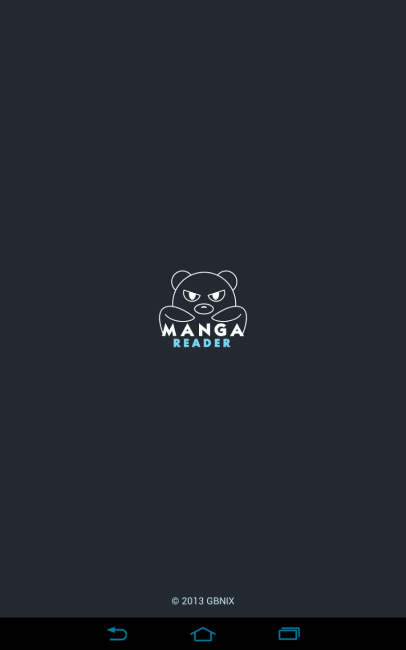 When the app's all loaded up, you can choose from your sources. As you can see, there are many sources available in different languages. 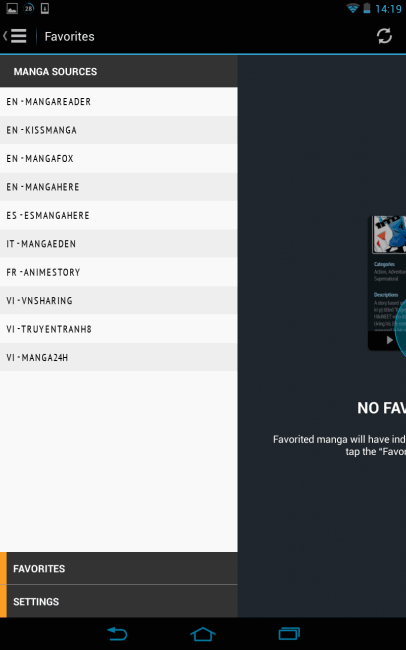 Once you select a source, you can then browse manga available in it. 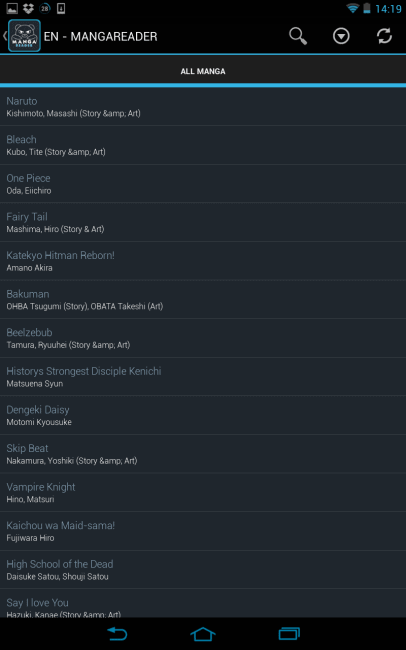 Once you find a manga you like, you can take a closer look at it. 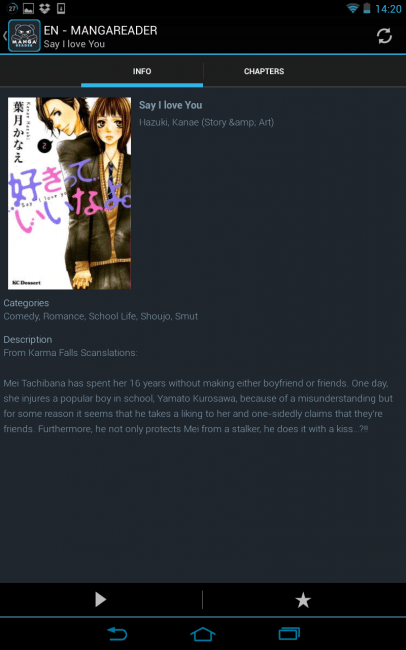 Reading is as simple as swiping left to right, as you can see, the manga looks great on a tablet like the Nexus 7. 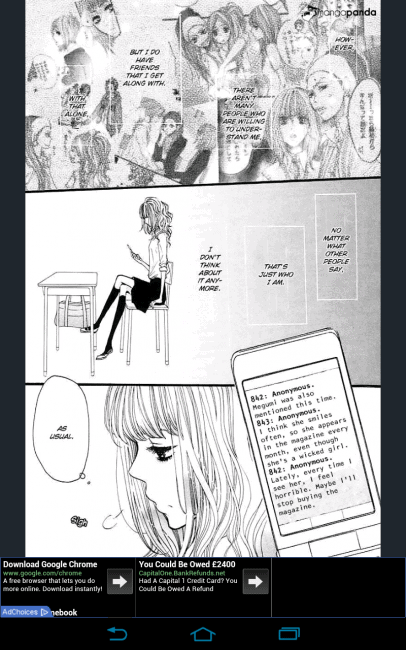 There are some settings that you can tweak as well: 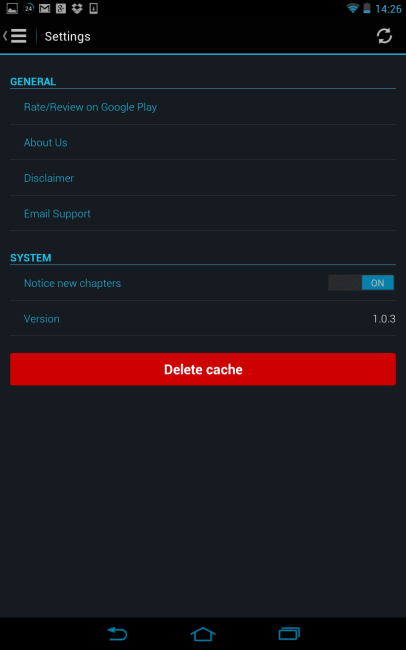 Overall, Manga Reader keeps things simple which is really great. Go ahead and try the app out and see what new manga you find.

Conclusion: Overall, Manga Reader is a great app for those that love Manga, Anime and even Japanese culture in general. With a great user-interface and a wide-array of titles, Manga Reader has a lot of content. However, ads can bring down the reading experience. With some more sources in French and Spanish, Manga Reader would be a great app but right now, it's a good alternative for those that speak English and Vietnamese.