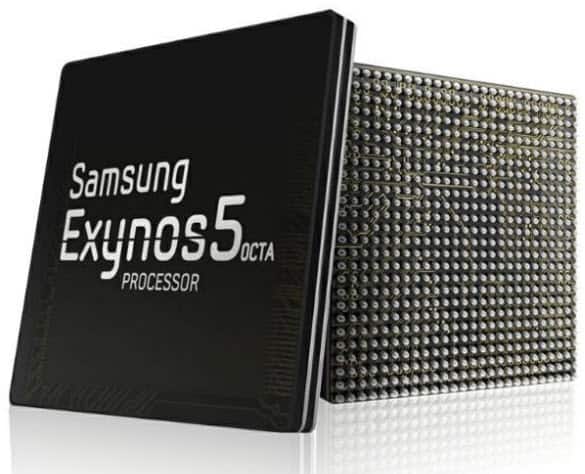 Just yesterday Samsung showed off its new Heterogenous Multi-Processing technology, or HMP, that works on the newest Exynos 5 Octa chips.  As a brief overview on that technology, these 8-core chipsets feature two different types of quad-core processors under the same roof; one low-power quad-core and one high-performance quad-core.  HMP technology allows the processor to use any of these cores in any fashion or order, giving the new Exynos 5 processors an advantage in battery saving and overall efficiency.  Not content with Samsung's simple Octa-Pella video, the company behind all these processing methods and designs, ARM, has released their own set of videos showing just how this new technology works in everyday situations in an Android world.  Engadget first gave us a look at these three videos, in which ARM uses a proprietary tool to measure the usage on each core of the 8-core Exynos 5 Octa chipset, showing when each core is used in realtime when accessing Quick Office, Angry Birds Rio and an image processing software.  First up is Quick Office:

Quick Office isn't the best looking or performing app out there, and anyone who has used it in the past can attest to that.  With that being said, it apparently is well optimized for being processed on all 8 cores, and spends a pretty equal amount of time between the big and little cores.  The app still chugs on the scrolling, so it seems like no number of cores will ever fix this beat up old app.  Next up is Angry Birds Rio:

As you can see from the video, Angry Birds Rio resides on the 4 little cores the vast majority of the time, only spiking to use 1 of the bigger cores every now and then.  Angry Birds isn't exactly the most visually taxing game, but this shows the efficiency of the cores and how it can spread the processing load to help save battery.  Lasty ARM has it's own little image processing utility that shows general purpose processing on the graphics processor:

ARM's own Mali graphics processor (GPU) takes over when an app specifies that it should be used.  Basically the Mali has a programmable set of instructions that allow it to compute certain types of data, and when it's used properly the GPU can process this data considerably faster and more efficiently than even the 8-core monster attached to it.  All of these demonstrations show a significant improvement in processing efficiency over the years.  Looking at Qualcomm's trolling video of MediaTek's 8-core processor makes things even more interesting now that we know how the technology behind Heterogenous Multi-Processing works, and brings the validity of such a video into question.  Do the apps themselves really need to be optimized to run on 8 cores, or can the OS do that?  We're getting a glimpse at the answer here, and it opens up a whole new realm of possibilities in the mobile computing world.