Skip to content
Trusted By Millions
Independent, Expert Android News You Can Trust, Since 2010
Publishing More Android Than Anyone Else
38
Today
142
This Week
655
This Month
3680
This Year
121293
All Time

It is no secret that the HTC One was coming out in a beautiful Blue Metallic color, but the big secret was which carrier was going to carry it – most colors are exclusive to a particular carrier, but which one?  When the photos below were leaked, everybody assumed the HTC One in Blue Metallic would be going to verizon, and why not, there it is in black and white and Blue Metallic.  Verizon is the last U.S. carrier to release the HTC One so we thought they may be selling the exciting color to attract some attention to themselves. 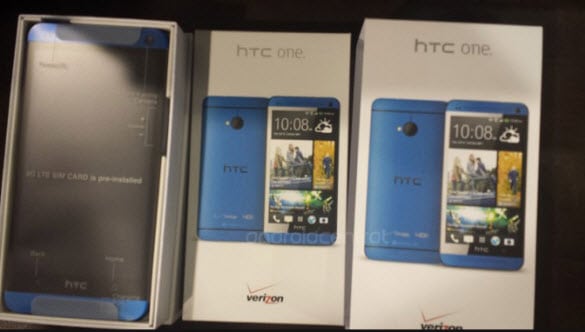 Well, it turns out everybody was wrong!  Best Buy was just announced as the exclusive seller of the new Blue Metallic HTC One, but the other surprise is that it will be available for Verizon, AT&T, and Sprint customers starting on September 15th.  Best Buy reported:

The award-winning HTC One will be available in a stunning new Metallic Blue exclusively through Best Buy in the United States with the option of 4G LTE service from AT&T, Sprint or Verizon at the more than 1,400 Best Buy and Best Buy Mobile stores as well as on BestBuy.com onSunday, Sept. 15.

Since its launch, the HTC One has received critical acclaim for its premium all-metal design and breakthrough smartphone features including the UltraPixel camera, reinvented home screen called HTC BlinkFeedâ„¢ which incorporates both news updates and social networks, and as the only smartphone with stereo front-facing speakers.

Just to remind everybody about the specifications of this flagship HTC One, they are as follows:

Are you excited about the new Metallic Blue HTC One, or even with this great color, have you moved on to the Note 3, Sony Xperia Z1, the new Droid MAXX or Ultra, Moto X or are you waiting for the LG G2.  Let us know in the comments what your plans are for your next new phone.