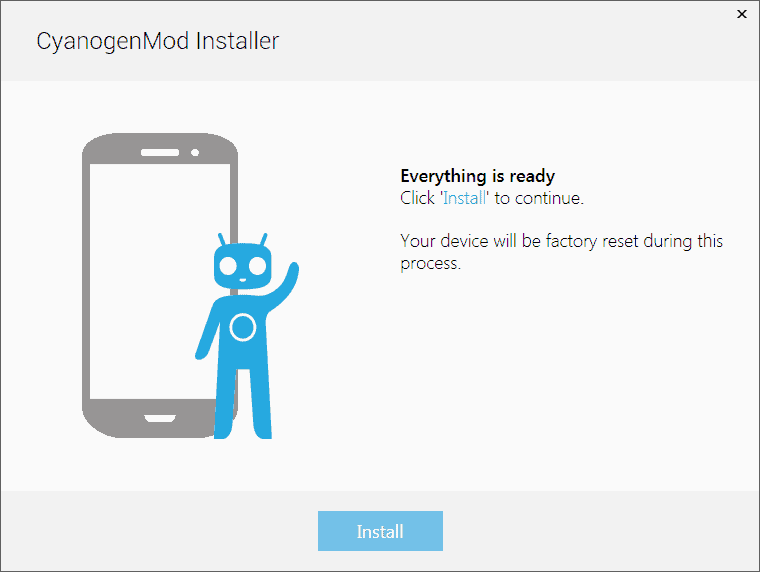 Today is a pretty big day for the folks over at CyanogenMod. They announced that they are now a company, Cyanogen Inc. One of their first goals as a company was to make installing CyanogenMod easier. Now as hackers and ROM flashers, we don't really think anything of it. But for the newbies that you tell them how to install CyanogenMod, they will feel overwhelmed. Root your phone, install a custom recovery, download CyanogenMod and Gapps, reboot into recovery, etc., it can be quite confusing for the new Android users.

As we stated in the post earlier about them becoming a company, they are introducing the CyanogenMod Installer which will be on Google Play soon. Of course, that's only part of the equation here. There is also going to be a desktop application to install CyanogenMod. The team is planning to release a Windows version first, next up will be Mac and then they'll do Linux if the demand is there for it.

Their blog post makes reference to open and unlockable devices, but as you know, that's not always the case with Android phones and tablets. *cough* Verizon and AT&T *cough*. We've been informed that the installer will only support users of openly unlockable devices. Not those devices locked by the carrier or the OEM. So that really limits which devices will be supported.

But here's the big question, Gapps or Google apps. Since CyanogenMod can't ship their ROM with Gapps as part of it, how are they going to get around those Google apps like Gmail, YouTube, Play Store, etc.? Well the team doesn't yet have a response to that. But I'm sure they've got something cooking up to get around that. 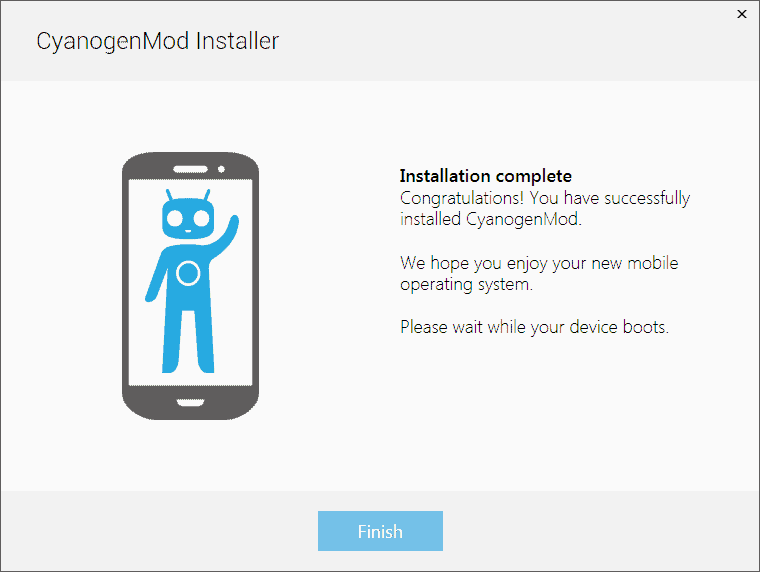 The team is doing an AmA (ask me anything) on Reddit right now. So as we get more juicy details, we'll be sure to pass them along.

We're in an interesting spot, because typically GSF (Google Services Framework) is licensed to OEMs, not software vendors (us). But becoming a legitimate business entity and partnering with an OEM are the first steps to licensing GSF. Most of the technical hurdles have already been overcome (passing CTS – Compatibility Test Suite).

Tom Moss, who is on our board, is the ex-head of Business Developments and Partnerships at Google. He basically drafted all the agreements to license GSF, anti fragmentation clauses, etc. He'll be very helpful as well on this front moving forward.

He also answers questions about the CM Installer:

Currently the installer supports unlockable devices and devices that come unlocked out of the box (ie, most Samsungs via Download Mode).

We're still deciding how to handle locked devices. There's legislation (DMCA clause) in the US that allows the user to bypass copy protection to essentially root their phone. We could do it, it's not hard, but we have to make sure that this won't get us into any hot water later.

The first release of the installer won't support devices that require exploits. The long-term goal is to open up OEMs to the possibility of supporting us officially- there's zero technical reason for these measures and the best way to fix it is to not buy these devices and speak your mind.

We're going to be adopting a much more firm release procedure, and there will be various options on how you'll get your updates depending on your needs.