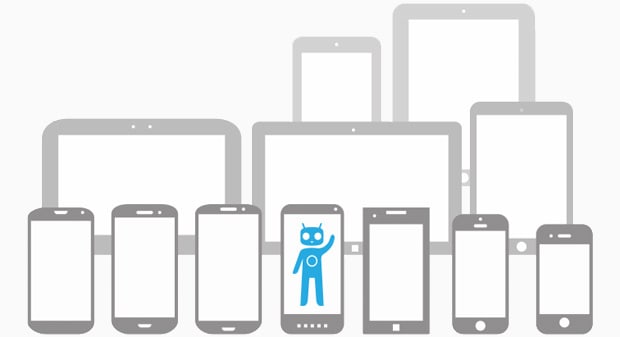 When you think of Custom ROMs, what's the first thing that comes to mind? Probably CyanogenMod, or MIUI, right? When most of us flashed our first ROM it was probably one of those two. CyanogenMod has been around since mid 2009 and has grown like crazy. But when you compare CyanogenMod's growth to Android's growth, it really doesn't seem like it was that quick.

Lately, CyanogenMod has been adding in a ton of features like an iMessage competitor, CyanogenMod Account and much more. Now that is all becoming clear. On Wednesday, CyanogenMod announced that they are now Cyanogen Inc., and they are led by Boost Mobile's co-founder Kit McMaster. The company is solely devoted to building CyanogenMod as a platform. The good part of all this, CyanogenMod is pretty much already a platform. Some of their part-time developers, who used to do this for fun, are now full time. This includes Cyanogen himself, Steve Kondik who is the CTO and there's also Koushik Dutta who's the VP of Engineering. You probably know Koush from making apps such as ROM Manager, Helium and SuperUser. Along with ClockworkMod recovery.

At this time, CyanogenMod, is working on refining their experience. The company is planning to release an app that simplifies the currently "horrific" CyanogenMod install processor. The installer should reach the Play Store in the coming weeks. Along with support expanding from a smaller group of CyanogenMod-friendly devices to include as much hardware as possible. At this time, CyanogenMod isn't letting loose their long-term roadmap, but from what we can see, it's going to get interesting real soon.

CyanogenMod also notes, that there is no plans to charge CM users. But there is a partnership with an unnamed hardware manufacturer in the works, but Cyanogen is also exploring many other potential business models. In the end, the newly formed firm is looking to address the problems that plague all mobile operating systems, including Android. There are no intentions of dropping Android, the team is also not a fan towards the tendency of bloatware. But who is? Along with the insecure data and devices stuck on old OS versions. The CyanogenMod team is hoping that the platform could become a third competitor to iOS and Android in the near future.

You can find out more from CyanogenMod's blog post here.