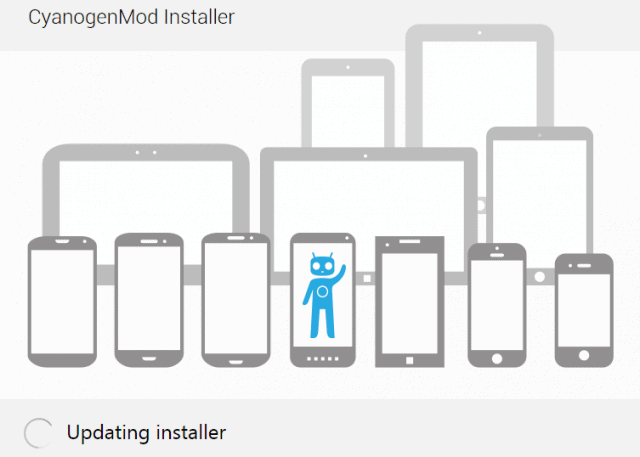 The past few weeks have been pretty interesting, when you talk about CyanogenMod. They went from being an open source project that anyone could contribute too, to being a company employing 7 engineers full time. They've announced their first device which will come with the choice of the manufacturers skin or CyanogenMod. That device is the OPPO N1. Which is a pretty cool looking device. With some of the changes, Cyanogen said they are making it easier to install CyanogenMod on your device. Hence the CM installer.

The CM installer will basically allow you to install CM straight from your computer. You'll need to install the app, on both your device and computer. After that, you're basically just following the directions. It's not quite a 1-click install, but it's pretty close.

The team has opened up the CM Installer to beta testers to try and make sure this is ready for the general public. So if you're one that likes to tinker with your devices, you may want to check it out. Although there are a few pieces of criteria you must meet:

If you meet all the criteria, then head on over to Koush's post on Google+ and be sure to let him know you're interested in helping out. Once accepted into the beta program, you'll then be added to the Google+ community, and the app will essentially work like any other beta app on the Play Store. So for all of those that love CyanogenMod, you might want to check out this beta. The team definitely has big plans, and this is definitely big.

If you do decide to join the beta, let us know how it works out for you in the comments down below. I wish I had the time to be able to help them beta test the CyanogenMod installer myself.