Second screens are all the rage these days.  On the smartphone side we have a slew of options to choose from, and plenty that are coming in the future.  We’ve seen wearable devices such as Samsung’s Galaxy Gear smartwatch, the wearable Google Glass that replaces your glasses, and even beaming content to TV’s via Google’s Chromecast.  On the gaming side of the tech industry we’ve seen Microsoft’s Smartglass allows you to use your tablet or phone to control your Xbox 360, and of course there’s Nintendo’s WiiU that comes with a tablet-like controller but runs a proprietary OS.  In the past Sony has experimented with this sort of technology too, allowing you to use a Playstation Portable or Playstation Vita as a controller for some games on the PS3.  Sony is here to one-up themselves though with the PS4, and will be launching an official PS4 app on the Google Play Store and Apple Appstore this November.  Sony has been a big proponent of Android, and given that all their newest flagship phones are powered by Android, it’s no surprise to see them giving Android the star treatment when it comes to launching their new app at the same time on the world’s two largest mobile operating systems.  Sony demoed this functionality at the Tokyo Game Show this week using the Xperia Z1, which is no surprise as well given that’s Sony’s latest upcoming flagship device. 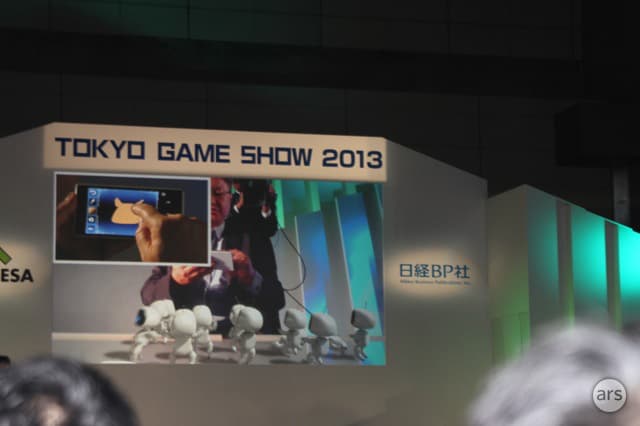 Sony’s PS4 Connect app will allow you to use your phone or tablet as a controller or second screen for your game of choice, depending on what said game supports of course.  The app has a simple “connect to PS4” button that allows you to easily connect to your PS4 over your WiFi network (assumedly) and control it via your device.  Games aren’t the only thing at hand here though, as Sony will let you also control many Playstation Network features and see information such as friends that are online, and accepting invites or challenging your friends to play with you.  You’ll also have the ability to show off your PSN trophies, chat with friends and browse the Playstation Store.  It’s also worth noting that Twitter and Facebook integration are planned, although we’ve not seen anything about Google+ integration.  Likely this last part is because Google doesn’t have a public development toolkit to implement such features.

Although this functionality was announced back in February of this year, we didn’t know much information about it other than a general idea of what the app does.  Sony’s Playstation 4 will be launching November 15th in the US and November 29th in Europe, as well as throughout Asia in December.  Curiously it isn’t planned to launch in its home country of Japan until February 22nd, 2014.