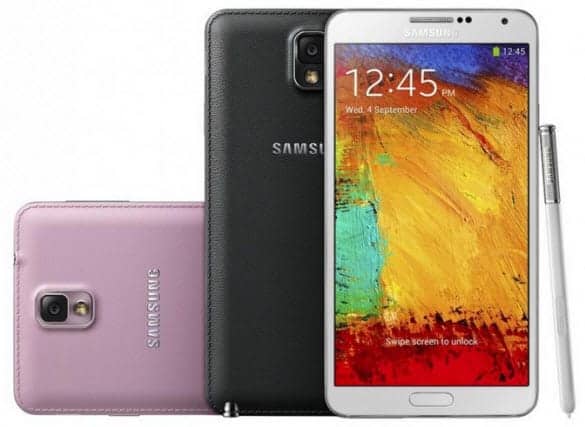 This past week has been an exciting one for Samsung fans, with the announcement of not just the Galaxy Note 3 but also, the Galaxy Gear and a new Galaxy Note 10.1. As is the norm with these events, once the excitement calms down a little, we're all looking forward to when we can actually get our hands on these devices. Well, for those of the GSM Persuasion in the States, both AT&T and T-Mobile have come forward with pricing and dates on the Galaxy Note 3 and T-Mobile for the Galaxy Gear, as Android Central is reporting.

Starting with the Note 3, AT&T have pre-orders open for the device now and will launch the device October 1st. Priced at $299 on-contract or $35 a month on AT&T Next. Meanwhile, T-Mobile is doing things a little differently, with the device going on sale October 2nd, pre-order aren't open just yet. With $199 down and $21 a month on a Simple Choice plan, it works out at $705 full price for the Note 3 on T-Mo, with Ma Bell charging a little more for full price at $725.

As for the Galaxy Gear, only T-Mobile has confirmed they will be carrying the device off-contract for $299. However, the same is probably true for AT&T, too. There's no info on colors so, if you really want to get a specific color, it might be a good time to wait.

So, there you have it. The Galaxy Note 3 is coming, and soon, to GSM carriers in the States. While the $299 price tag on contract might seem steep, this is the same price the Note II went for. Also, let's not forget that the Note 3 is a lot of phone. With a new and improved display at 5.7-inches, a revamped S-Pen and more, the Note 3 has solidified what makes the Note line so great. The Galaxy Gear however, seems to have opinion divided for the most part – what do you guys think to the Gear?