There were no real surprises in Apple’s new iPhone 5s, the successor to the iPhone 5. As in the past Apple continues this trend of first upping the number of the iPhone, from a 3 to a 4, and then the following year adds an “s,” such as 4s with features that really should have been in the iPhone 4 in the first place. Such is the case with the iPhone 5 to iPhone 5s is typical of Apple’s pattern. This is Apple’s first phone debuting with iOS 7 on the device and below are some of the devices key updates. 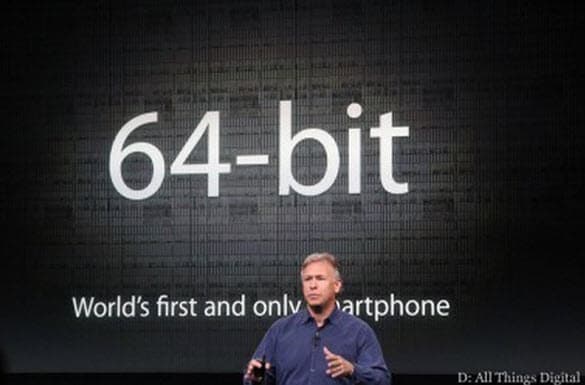 There are always a couple of standout upgrades to help the iPhone keep up with its Android competition, especially since the iPhone 5 was beginning to show its age up against the latest Android devices. The 64-bit A7 processor is the first 64-bit chip designed for a phone, with a billion transistors, twice as fast as its predecessor is, and extends its battery life to 10 hours of talk-time. 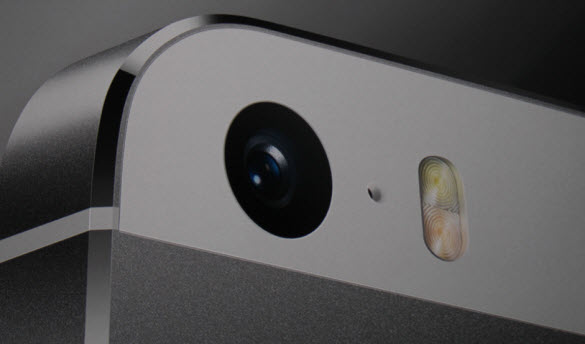 As always, Apple makes improvements on its camera, an already fine picture-taker, with a new 8MP iSight five-element lens, an F/2.2 aperture, and increased sensor size by 15-percent. Apple claims the larger pixels in this new rendition will produce better pictures, and video capture is at 720p at 120 fps.

Perhaps the coolest feature is the new flash called True Tone that uses two LEDs, a bright one and a warmer one, with the camera’s software adjusting them individually to capture the truest lighting for the shot. They also improved the Image Stabilization (IS), and added features Android uses are already enjoying, such as “pick the best” photo, burst-type mode, and new slow-motion function. 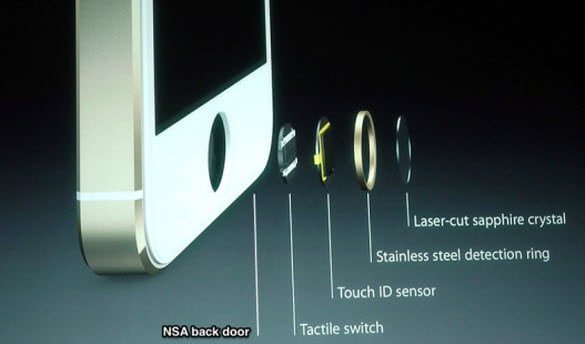 Apple’s other new feature, Touch ID (fancy name for fingerprint scanner) is getting so much attention, you would think it was an industry first – Android’s Motorola Atrix on AT&T had a fingerprint scanner in April 2011. Maybe it is a big deal because Apple’s Touch ID also authenticates iTune purchases. 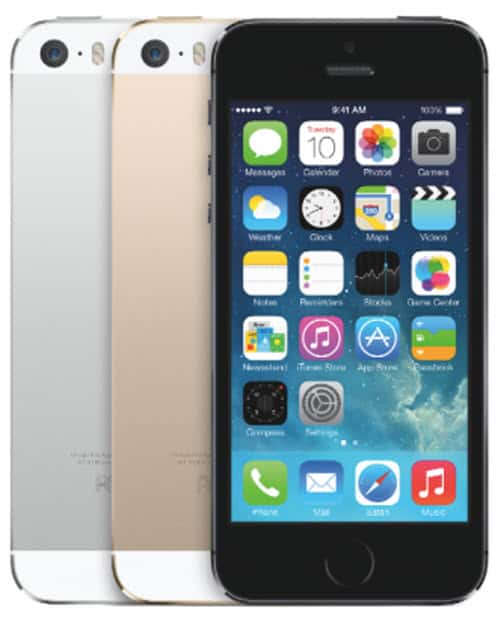 The new Apple 5s will also come in three colors; Silver, Space Gray, and Gold, in the usual standard configurations of 16GB/$199, 32GB/$299, and 64GB/$399. It will be available to pre-order on September 13 and on sale September 20 in nine countries, including China.

Apple’s iPhone 5s should be a formidable competitor to the Android world, but certainly nothing that our world does not already rock. Camera/flash updates are coming out on all phones and Sony’s new Xperia Z1, Samsung Galaxy S4 and Note 3, to name a few, not only offer the optics, but also software that makes them standout from even Apple’s features.

The Galaxy note 3 will have 3GB of RAM and a quad-core processor sporting 2.3GHz of speed and even though comparison testing does not mean a whole lot, we will have to wait and see how Apple’s new processor stacks up against Android’s best.