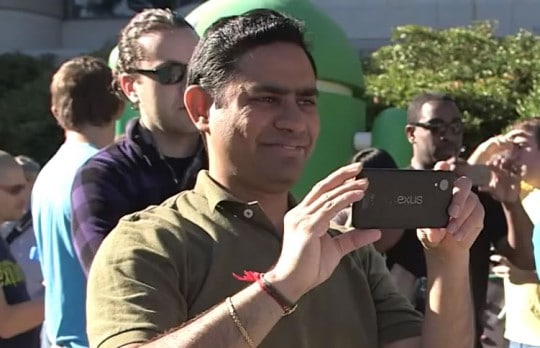 Last week, the FCC approved a new LG device, which was the LG D820. After looking at some of the FCC documents for that device, we all thought that it might be the Nexus 5 which was mistakenly shown off in a video from Google last week. Some of the specs from that FCC filing included a 5-inch (technically 4.96-inch) display, Snapdragon 800, 7 bands of LTE being supported, CDMA support, and a 2300mAh battery. Yeah the FCC filings don't tell us a whole lot about a device.

This all happened just a day after Google announced Android 4.4 would be KitKat. Within a day of all of the tech blogs like us, saying that the D820 is the Nexus 5, @evleaks came out and said that it isn't the Nexus 5, and that's they are other variants of the G2. What's interesting now, is that earlier today @evleaks came out and said that he might be wrong about that.

So it's looking like the Nexus 5 will at least be available on Sprint. If you remember, the D820 doesn't support Verizon's network. However there could be another variant for the Verizon Nexus 5. Similar to what happened with the Galaxy Nexus. There was the GSM Galaxy Nexus, then the Sprint Galaxy Nexus and Verizon Galaxy Nexus. We'll have to wait until October to see.