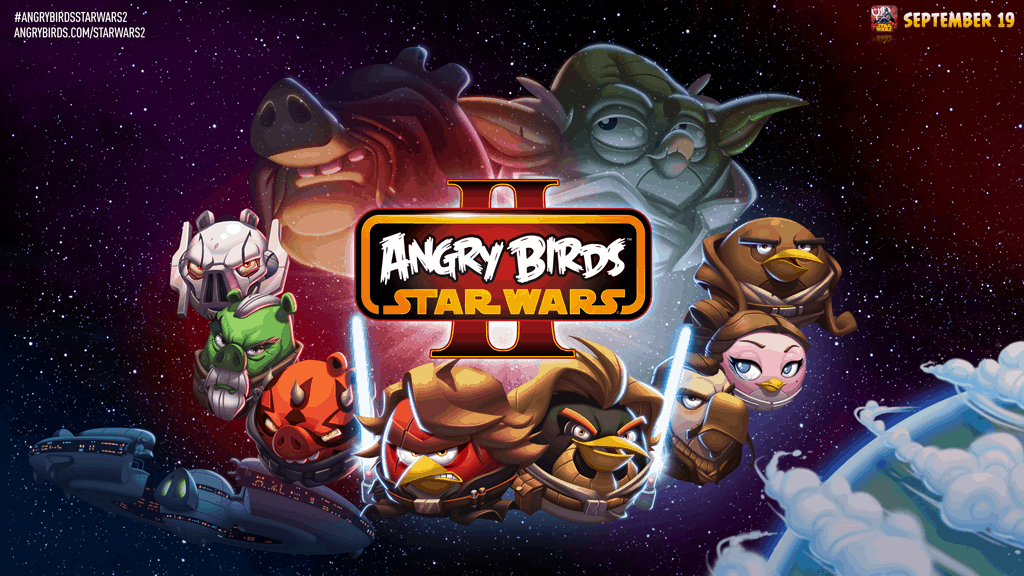 Angry Birds has become something of a cultural phenomenon since the first one launched in late 2010.  In fact it was so successful that it took its developer Rovio from near-bankruptcy to a company that now makes millions selling not just games, TV shows, toys and other branded products.  Rovio is taking this one step further today by releasing Angry Birds Star Wars II, the follow-up to last year's Angry Birds Star Wars, which set new records for an Angry Birds game.  This time around Rovio is changing up the gameplay a bit, but not necessarily just in the way you are thinking.  The story itself now takes place during Star Wars episodes 1-3, whereas the original Angry Birds Star Wars took place during Star Wars episodes 4-6.  This means there were a lot more characters for Rovio to choose from, and as a result instead of the regular handful of birds to use throughout the game, we're getting a massive 30 playable characters, with many more likely to come in the future.  What's really different this time around is that you can switch out any bird at any time, meaning if Mace Windu isn't your best option for the level at hand, maybe Yoda would do better.  This marks a first in the Angry Birds series that you can switch out birds at will like this. 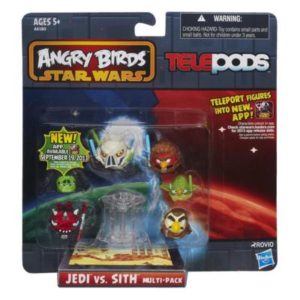 So if you are having trouble and need to summon Obi-Wan, you just place the character toy on the camera and the game will scan it into being.  Hasbro is even working on a toy that'll let you teleport yourself in the game and turn into an Angry Bird.  Now that's personalization!

Lastly in terms of gameplay changes, Rovio is now letting you choose either Light or Dark Side to play the game with, or as they like to call it the Pork Side.  This allows you to play as Dark Side characters like Darth Maul, Emperor Palpatine and many others.  Being on the Pork Side, they have a whole new set of powers that work separately from the Light Side characters, so gaming strategies will be different depending on the side you choose.  Angry Birds Star Wars II is available right now on the Google Play Store, and it comes in a free ad-supported version, and of course a $0.99 ad-free version.  Angry Birds has remained fairly unchanged for a couple of years now, so is this new formula enough to get you playing again?  Let us know, and in the meantime check out the launch trailer below and hit up the Play Store link to try it out!