This is a phone that we don't normally get to review. We normally get high-end or mid-range phones, all of which are sold by the carriers, with the exception of the Nexus 4. But BLU has a line of phones that seem to be kinda successful. A few weeks ago we talked about their new Dash line of phones, which start at just $40, unsubsidized. Yep, you heard me right. $40 unlocked, with a contract. Not bad right? There are a few things I want to say before we jump into this review. When you buy a phone that's under $200 (like the Life Play), you shouldn't expect it to be running the latest and greatest version of Android. You also shouldn't expect it to be water resistant or dust resistant like the Xperia Z, ZL, Z Ultra, Z1, or the Galaxy S4 Active. Now that we've got those disclaimers out of the way, let's review a sub-$200 phone.

The specs on the BLU Life Play are:

The design of the Life Play is pretty familiar. I'd say it's pretty close to the Galaxy Nexus and Nexus 4, aside from the Life Play's capacitive buttons. The device does have a removable back cover, which comes in many colors, I've got the yellow one here. The device is plastic, but it's quality plastic, I guess I'd say? It doesn't feel or look cheap like some other glossy plastic devices out there. Which is honestly quite surprising.

On a side note, the BLU Life Play came with a yellow TPU case and a screen protector. Which is a nice touch, given the price of this device.

It's a 720p display. Which is kind of odd, compared to the 1080p displays I see on just about every other device that touches my desk. It is an IPS display, so it's pretty bright. It definitely looks really good. Mind you, it's not as good as the LG G2's 1080p IPS display, but still pretty good. It was pretty responsive as well, which was one thing I was worried about with this device. A lot of "cheap" devices have displays that are very non-responsive.

It's running a quad-core MediaTek processor. Now I've heard some horror stories about their processors, but in all the devices I've reviewed, MediaTek's processors have ran very well. They've taken everything I've thrown at them and haven't backed down. Also, no lag. That always puts a smile on my face. 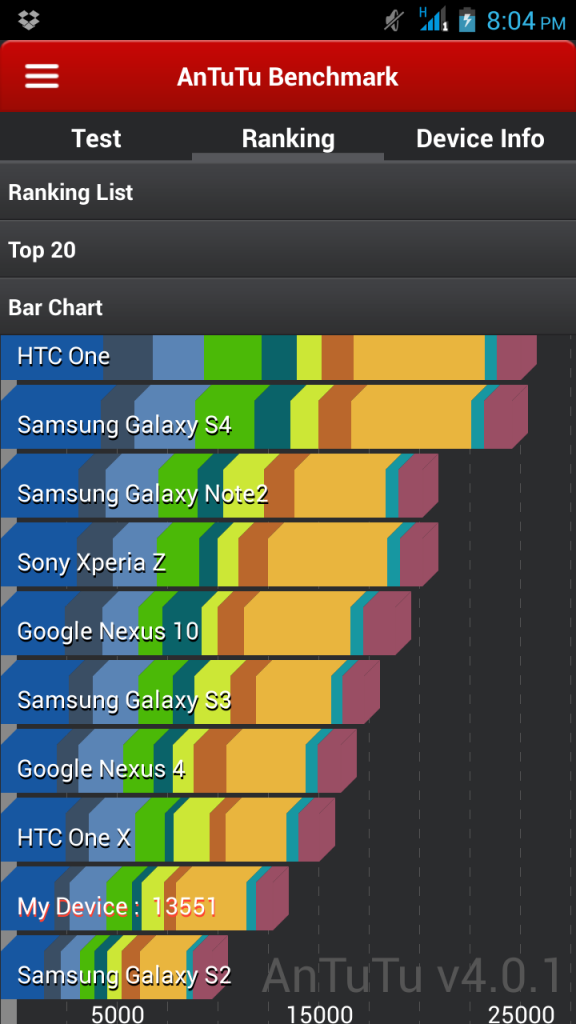 We ran AnTuTu on the BLU Life Play. And it wasn't the best score, but we didn't expect it to beat out the LG G2 anyways. Here are the results (above). 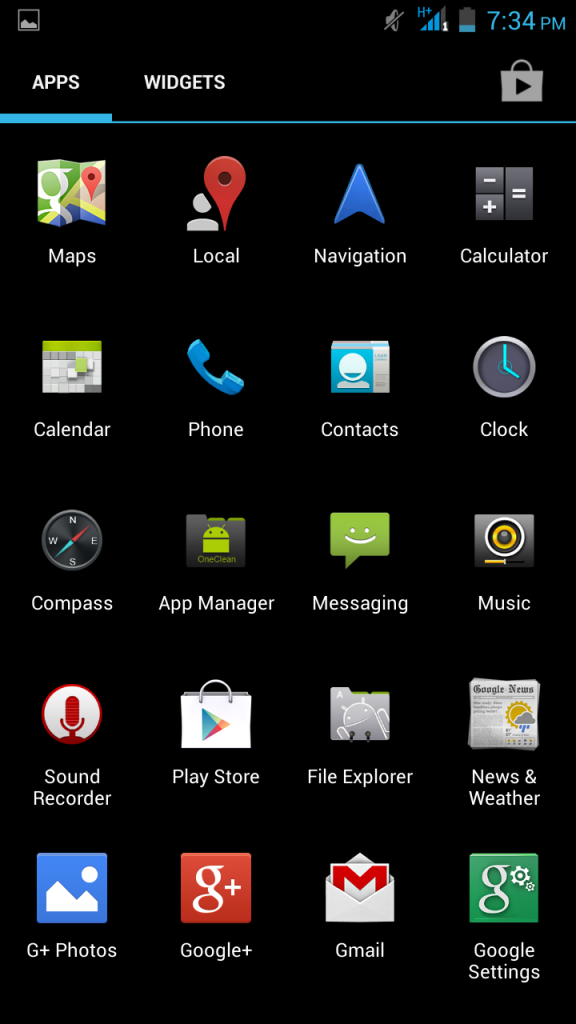 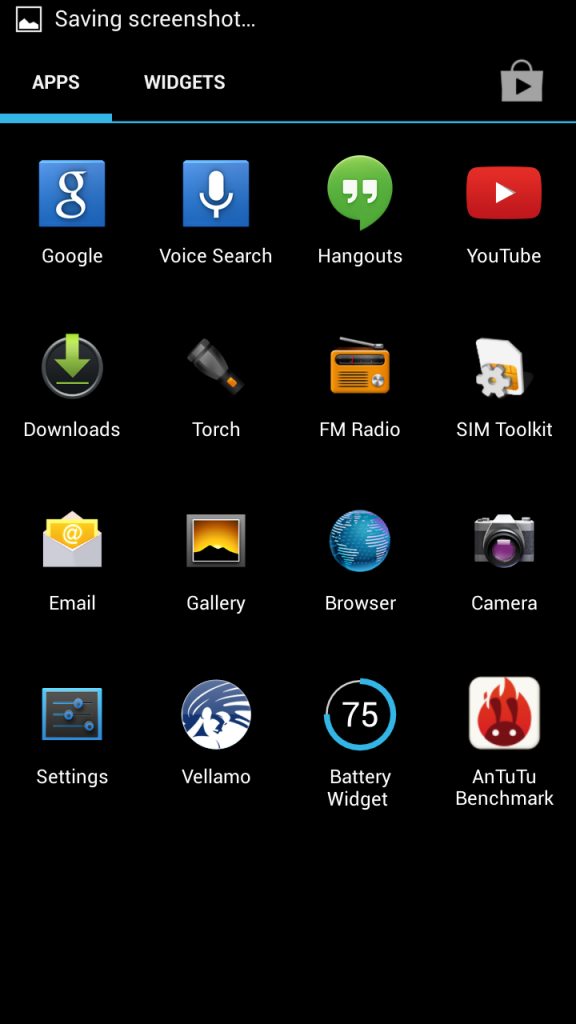 The BLU Life Play is running Android 4.2.2 and almost a stock experience here. There are a few changes like the icons in the quick settings look different. The settings app is a bit different. The camera app is also a bit different, but other than that, we're looking at basically a stock Android experience here. Which is definitely a plus in my book.  There's not a whole lot of bloatware, actually I couldn't find any. There's also not a whole lot of storage. Out of the box you've got less than a gig for installing apps and such. Making a microSD card a must for this phone. 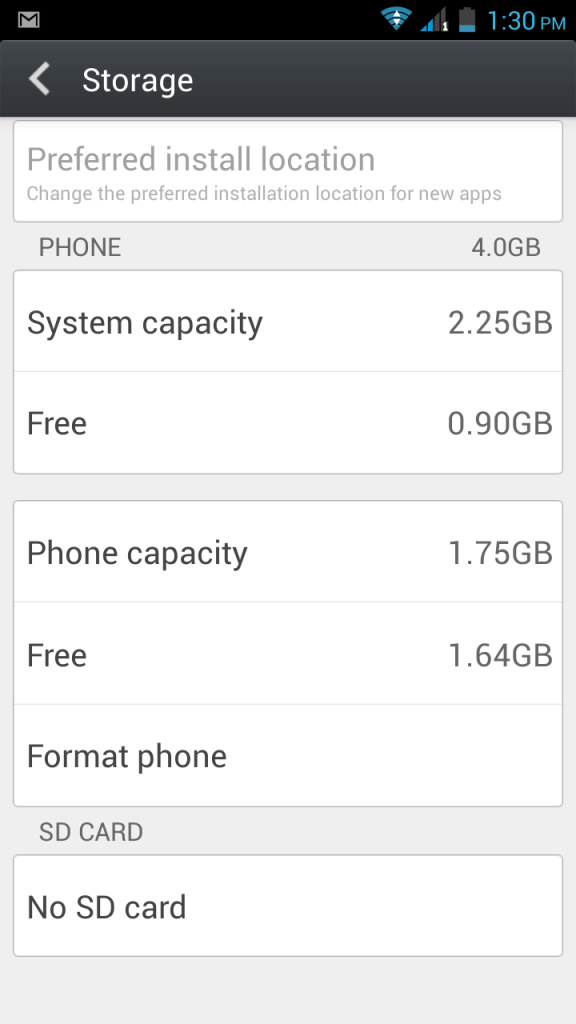 There's not a whole lot I can say about the software, since it is stock Android with a few tweaks. It's even more stock Android than the Moto X and new DROID lineup is. Which is pretty surprising actually. You'd think a phone this cheap would have a ton of bloatware to offset the price. 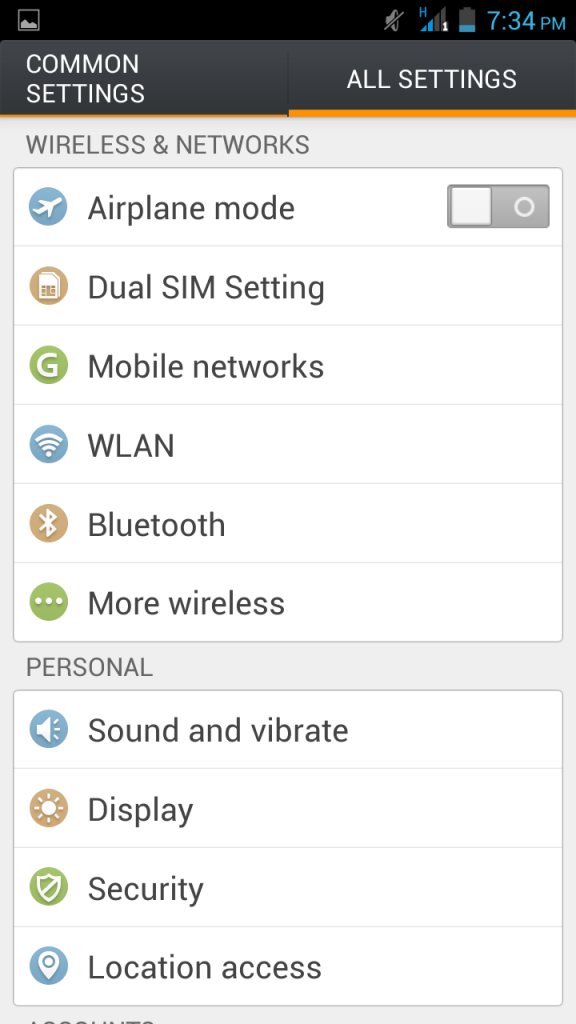 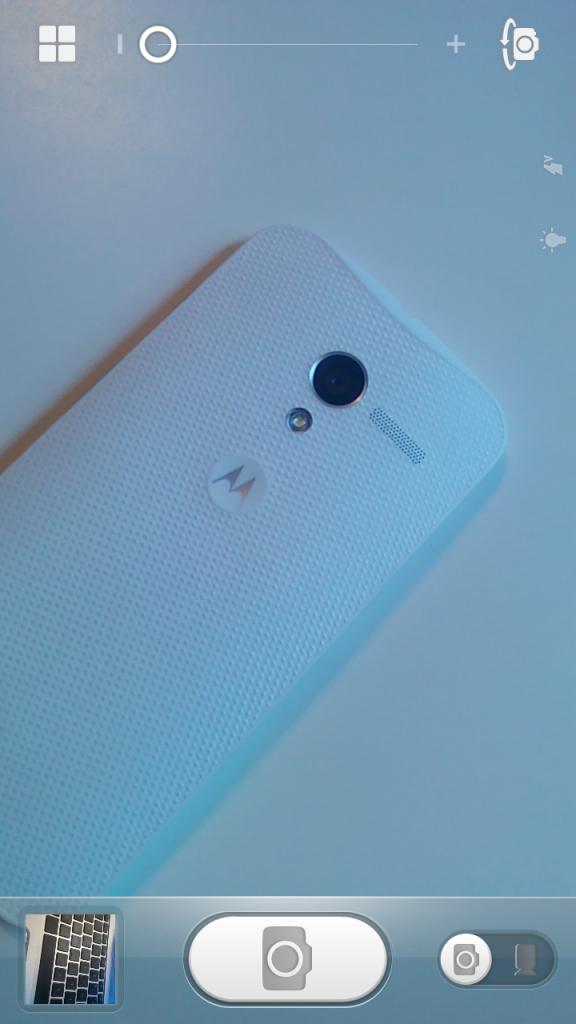 We've got a 8MP shooter here. So I wouldn't expect anything super amazing from this camera. But I was able to take some pretty nice shots with the device. Which you can see in the gallery down below. The app was pretty easy to navigate as well. Of course, there's not a hundred features like the Galaxy S4 or G2's camera app.

I've said this many times already, for a sub-$200 phone, you can go wrong in a lot of places. But BLU has taken a lot of right turns with the Life Play. If I were someone who just wanted a smartphone to check my email, check Twitter, Facebook, etc., then this would probably be my phone. But since I am someone who wants my phone to do more than my laptop, it's not. This one's not for everyone. But it's damn nice to have a phone hitting these price points that aren't complete crap. Great job BLU. I hope you can release a higher-end smartphone soon. I'd love to see that.