This week, Apple announced their iPhone 5S. It was exactly what we all thought it would be, the same phone with one or two new features. However it still has been the most popular topic in the tech world all week. So let's compare it to the next most popular topic in the tech world, and that's the LG G2 which is now available on Verizon, AT&T and T-Mobile. Both devices are very different, but both will sell like hot cakes. Like take a deep dive in and see which device will come out on top!

The LG G2 was and is LG's first flagship that's hitting all the carriers.The Optimus G was released last year, and it was a great device. However the G2 is a much better device, and is overall a huge upgrade. It's running Android 4.2.2 with a bunch of new features in their Optimus UI. One of my favorite features includes the KnockON feature. There's also plenty more, in addition to the great camera and amazing display.

For the hardware, LG took a chance on this device. There is nothing on the sides, just a microUSB port on the bottom and headphone jack down there as well. On the back is your 13MP camera with flash and your power button and volume rocker down below that. Pretty odd placement right? On the front there's the 5.2-inch 1080p IPS display that looks amazing! There's no other buttons either. We're looking at softkeys on this one.

The iPhone 5S comes with iOS 7 which is the biggest change in their OS in the history of iOS. They've completely changed the look of it. In fact, many people say it looks more like Android. I think it looks more like the shirts Matias Duarte wears. There are some new features which are pretty cool though. Like Control Center, although it reminds me a lot of the Quick settings in Android 4.2 and above.

The hardware of the iPhone 5S isn't that much different from the iPhone 5, released last year. But there is now a fingerprint reader as part of the physical home button. So hopefully you're not afraid of the NSA. They've also added a gold option. Other than that the hardware is the same on the outside. You can see the specs above in the specs section.

And the winner is…. 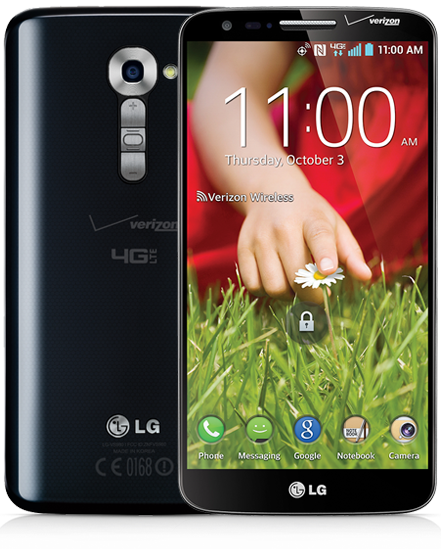 Like this was really even a competition. The iPhone 5S is just the same device as the iPhone 5. Sure it has a fingerprint reader, and has iOS 7. So? The LG G2 is a much better device than the iPhone 5S. For example, it has a lot more Android. It's also cheaper, better display, better battery, and much better processor. Which one would you buy?

Advertisement
Trusted By Millions
Independent, Expert Android News You Can Trust, Since 2010
Publishing More Android Than Anyone Else
24
Today
143
This Week
371
This Month
371
This Year
101866
All Time
Advertisement