Madfinger Games Finally Unveils Release Date For Dead Trigger 2; Coming Oct. 23rd
If there's one thing that has always kept me excited and hungry for more it's been games from development team Madfinger. Their newest title on the horizon is Dead Trigger 2, the follow up to the popular post apocalyptic FPS Dead Trigger. Up until recently we haven't heard anything regarding the release date for Dead Trigger 2 just that it was supposed to originally hit the play store in the end of summer. That time has come and gone but just yesterday Madfinger gave the release date information out to the public. 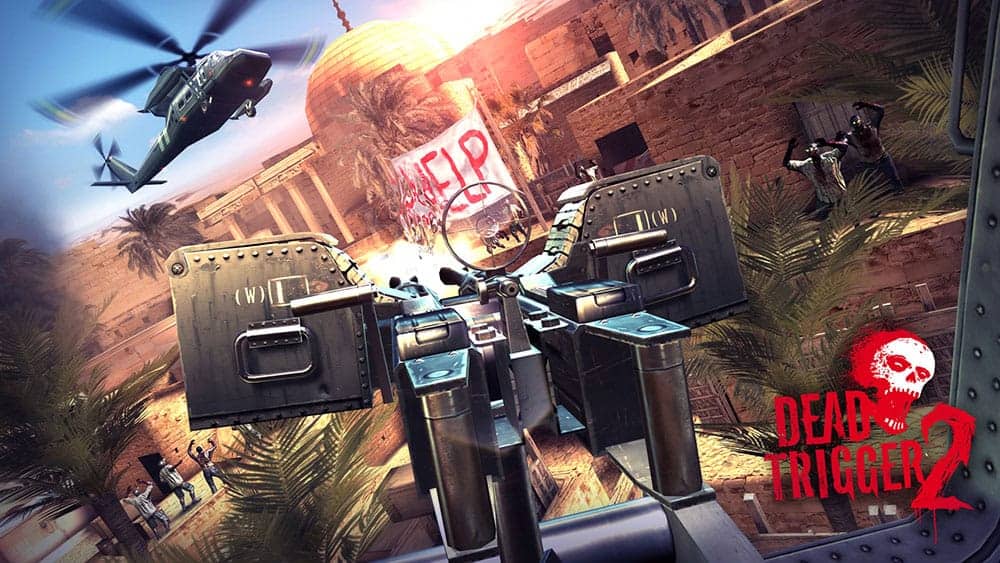 Come this halloween season on October 23rd(that's just next month folks) we'll be able to sink our teeth into the brand new zombie FPS madness we have come to know and love of the original. Completely overhauled with brand new graphics that have been optimized for the tegra 4 chip, and a slew of other new features Dead Trigger 2 looks pretty and will play nice with others. What I mean by that is it will be multi platform. So we can expect to be seeing people play this on Android of course, as well as iOS, facebook, Steam and Mac. Check out the new trailer too. It gets you pumped. Who's bloody excited?http://youtu.be/E74w49uL8jk

Despite your resistance to join the pork side thus far, Rovio has other plans for you and so do those nasty little pigs. Not only can you play as some of your favorites from the original Angry birds Star Wars, but many notable characters like Darth Maul are also playable in this new game, adding a certain bad guy element that is… lets face it, just fun to play. Angry Birds Star Wars is officially available as of today, so go ahead and sink your beaks into it and while you're at it you might as well clear your days entire schedule. 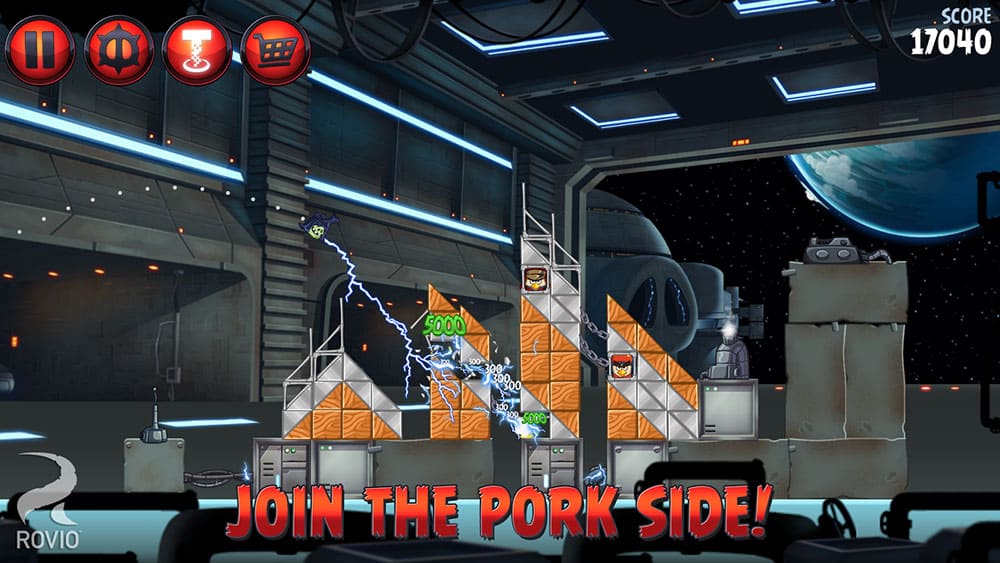 You know you want to. In total the game has over 30 playable characters and you can choose which side you want to play, allowing you the ability to play as pigs instead of birds for the very first time in an actual Angry Birds game. You can also use real toys called telepods in an almost skylanders like fashion to play the game a whole new way and teleport your characters into the game. Just select your character telepod and place over the devices front camera and voila. You can hit up the link below to grab Angry Birds Star Wars II from Google Play for free or snag the Ad free version for just $0.99. So, who's Thursday just filled up?http://youtu.be/wP_nMhli3CQ

Its been a little over a week since the classic SNK favorite King of Fighters launched onto the play store, so its time to grab some opinions of the game and see what people think. King of Fighters-A 2012 brings you the classic King of Fighters action you'd expect from a hit fighting game with intuitive controls and beautiful graphics. Just like the days on the arcade you can now fight with over 30 different characters in multiple modes like team mode with the classic 3 on 3 style or single fight which is 1 on 1. 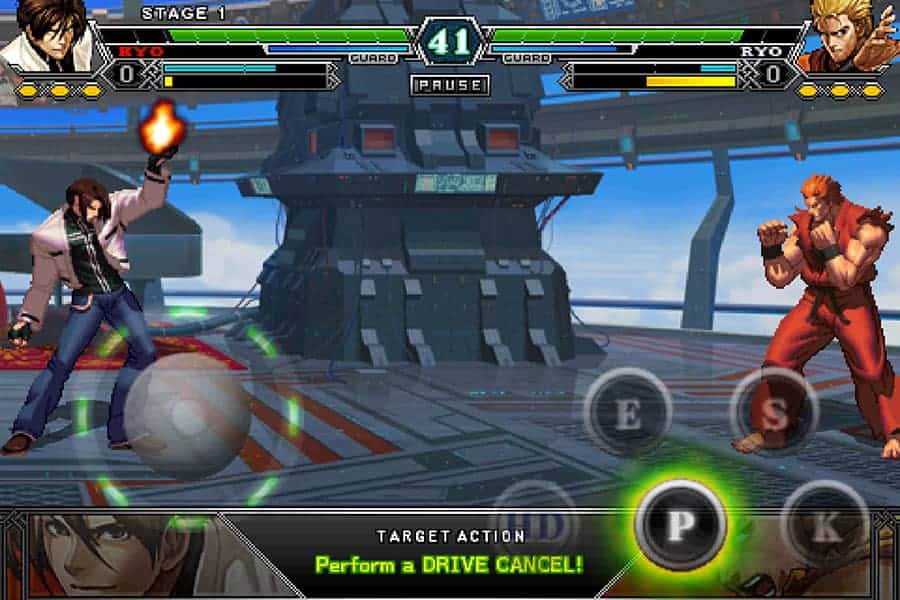 Is anyone out there playing this yet? I have been out of touch with fighting games for quite some time I must admit but this one looks pretty damn good and I'm eager to try it and see if it works with my new NYKO playpad pro. Let us know what you think of the game in the comments if you guys are already playing, and if you aren't but want to start you can grab the game from the link below for $6.99.

Reaper Lives Up To Hexage Rep; Fun To Play And Quite Engaging

Ok so Reaper actually came out last week, and you can find more details about the game here in the Game of The Week article that we do, but what do people think of the game? This is my first time actually playing any of the Hexage games and I don't know why I ever held off. Reaper is an absolutely lovely little tale of a pale swordsman who roams the land of wilderness helping or not helping those who come across his path. Its a different type of action-rpg than i'm used to but it's insanely fun and there's plenty of content to go through. Is anyone else in love with the game? 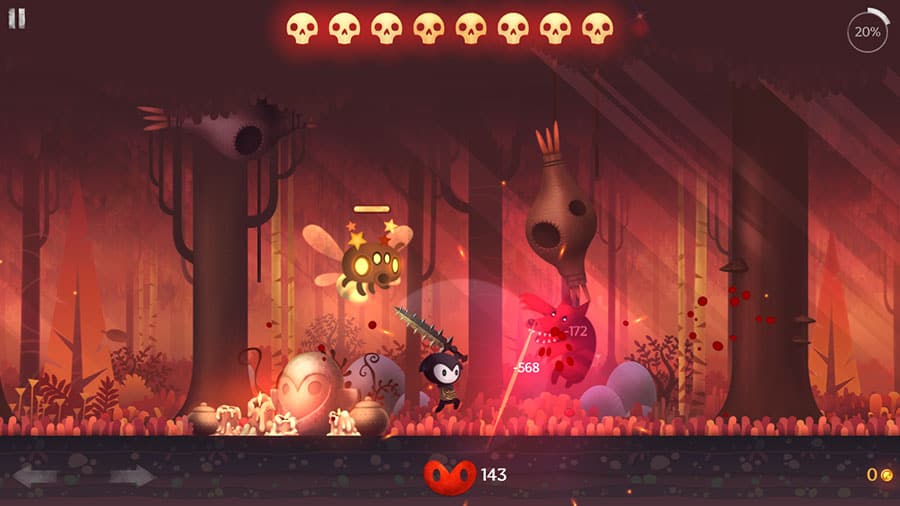 And how about that native HID gamepad support? Downright awesome. In addition to the kick ass gameplay and storyline, i was elated to find that the game also supported Google play games services so I can grab achievements and rank up on the leaderboards. Oh, Oh, and cloud saving. This was the highlight of everything for me as I started playing on my nexus 4, but then it died from playing too much and I had to switch to my nexus 7. Yes I HAD to. So, what's the consensus? Great game? or absolute let down?http://youtu.be/eBOuCtG3yno This one is for the fans of Minecraft and retro style games alike. Terraria is a lot like minecraft in that you can craft tons of items in game(over 200 recipes) but you get a lot more of an adventure type play than minecraft as there are bosses and monsters you will have to do battle with. With a little more than what Minecraft has to offer, its no surprise that people love this game. You will encounter 5 different bosses and more than 75 monsters on your adventures, you can even recruit people to your home(10 NPC characters) to help with whatever it is you need in the world of terraria. 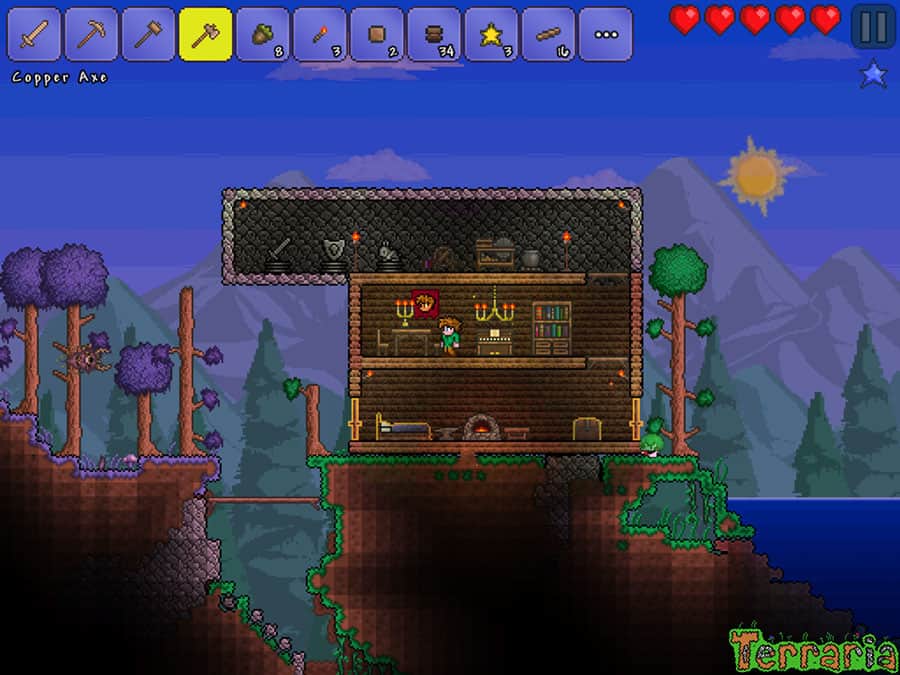 Over and above bringing this game to Android, the play controls have touched up for us mobile gamers to use on phones and tablets, which of course makes it easier to play since there was a dedicated focus on this area of the game. If you want to pick up Terraria you can grab it for free from the play store now as a trial period(it actually released back on the 12th) and if you want to keep playing you can purchase the full version as a one time purchase from within the game.

Everyone has been pretty excited about Plants vs Zombies 2. The original was a huge hit with gamers. Naturally we would all be ecstatic to see this game finally launch onto Android. Except that the launch of the game only saw downloads in China as the game is only currently available in that region through Baidu. This is a confusing move for sure, but with the release in China over a week ago it can't be too far off from when we see the launch for the rest of the world and can actually download this off of Google Play. 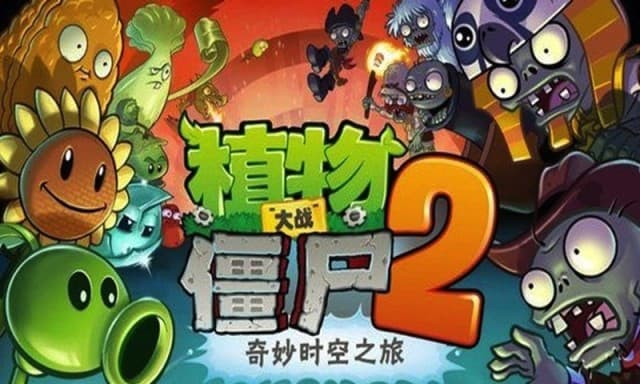 The word from PopCap is that it will actually be here this fall "No Matter What." So there you have it. We can expect to see the worldwide launch of Plants VS Zombies 2 this fall. Of course, this could also mean the very END of the fall. Word is that they are trying to gauge how well the games servers can handle the players as you can guess that this will be an extremely popular game title at launch.