Dead On Arrival 2 Infects Play Store Worldwide
N3V games follow up zombie survival top down shooter finally hits the play store for download for all gamers across the world. It was in beta for a long time to help iron out all the bugs and attempt to give the players the best experience possible. Its a huge improvement over the first game and looks amazing to boot. A decent array of weaponry and traps are available to assist you in mowing down legions of zombies. You can even utilize traps that are spread out across each map to kill the undead horde. Lure them to these areas for an easy group kill. The game comes complete with controller support for just about any HID bluetooth gamepad you can think of. On screen controls are even pretty damn good. Its a dual stick shooter, so it may take some getting used to for some. The only complaint that seems to be pretty consistent with most is the way that DOA 2's in-game currency is set up. To buy just about anything in game and even open doors and purchase weapons while playing you'll need zbucks. you can acquire these just by playing, although racking them up can start a little slow. I can understand the complaint, however, it turns out N3V games has made it fairly easy to stack tons of zbucks that most aren't probably paying attention to. The free zbucks menu inside the bank takes you to a list of games you can install to gain boat loads of free cash. All you have to do for most is install the game and open it for a second. Once you do that, you can uninstall the game and repeat. I have currently racked up almost 100k zbucks and theres a ton more to be had. Problem solved and you really don't have to do shit. Install the game, play, enjoy!http://youtu.be/mUGX-4sgk8g 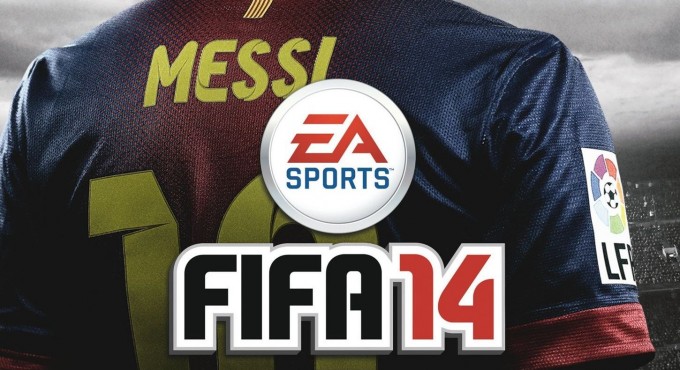 If you love soccer, you'll be happy to know that EA's mobile version of FIFA 14 has landed and you are free to score as many GOALS as possible. Stellar graphics complement intuitive and easy to learn tablet optimized touch controls for a well rounded soccer match anytime on the go. The game boasts 33 leagues, over 60 teams, and over 16,000 players at your disposal. The EA sports football club match day from FIFA 13 makes a comeback, melding together the elements of video games with real life matches to offer a truly unique experience. The game supports multiple languages which is to be expected, and even features popular music tracks from great artists like Vampire Weekend. The game is available for download now and if you download before the weekends end, you'll get the premium gold pack available for free. Hurry! That's a deal that won't last long.

A fan of indie games and indie developers? Its your lucky week. The Humble Mobile Bundle 2 is available and theres some really great games to be had with this one. Instant classics like Punch Quest from noodlecake studios, and wildly popular titles like Carmageddon and Ravensword: Shadowlands are also available. Of course just like any other Humble Bundle, a couple games are only accessible if you pay the minimum average amount. Those two games are Ravensword: Shadowlands and Carmageddon, easily the two best games in the pack. For the rest of the games though, you can pay whatever you want and whatever amount you choose is split up among the developers, the humble bundle team and charity. So not only do you get a bunch of great games for dirt cheap, but you're helping a great cause in the process. The other games available are Bloons TD5, Time Surfer and Star Command which is like an Android version of the popular Space command game on steam called FTL:Faster Than Light. Pay what you want to play 4 great games, and help charity. Pay the minimum average and get two other amazing titles. The best part, is every humble bundle usually ends up with a few more games getting added into the pack a couple or a few weeks later. These are also only accessible if you pay the minimum average amount. Here's to the Humble Bundle and the continuation of a fantastic program. You can grab the Humble Bundle For Mobile 2 at the link above. Game on!http://youtu.be/r6J8YibcmM0 Over the last year or two Square Enix has been on a rampage with releasing popular classic titles and new games alike. The most popular of any of these is undoubtedly the Final Fantasy games of which, the fifth installment was just released as of yesterday. Final Fantasy V was first teased last year with the announcement of FF IV's release date and after plenty of stories about its coming to android and rumors about when we might see this spectacular addition to the Final Fantasy universe, its "Finally" here. I know, bad joke, I couldn't help it. Just like other Final Fantasy games, you'll traverse a vast world and embark on a quest to save the world in a battle between light and dark. The power of the crystals threatens to bring the world to an untimely demise and it's up to you to stop it. This is a classic JRPG for the ages that reintroduced the job system from Final Fantasy III and improved upon it by adding in some new ones. Newly detailed and expressive character models really display how the series came along and showed what could be done with 2D graphics in the world of Final Fantasy. This will certainly be $16 you won't regret letting go of.http://youtu.be/BVKtprruLts

Animoca has brought the Ultraman franchise to google play as of just a couple days ago. This new TCg style anime series inspired arcade game brings a new TCG experience to fans of the genre. Over 400 cards are available all based of the Ultraman series and characters that you use to assemble and put together your team. The game is a unique blend of TCG, RPG and puzzle elements. 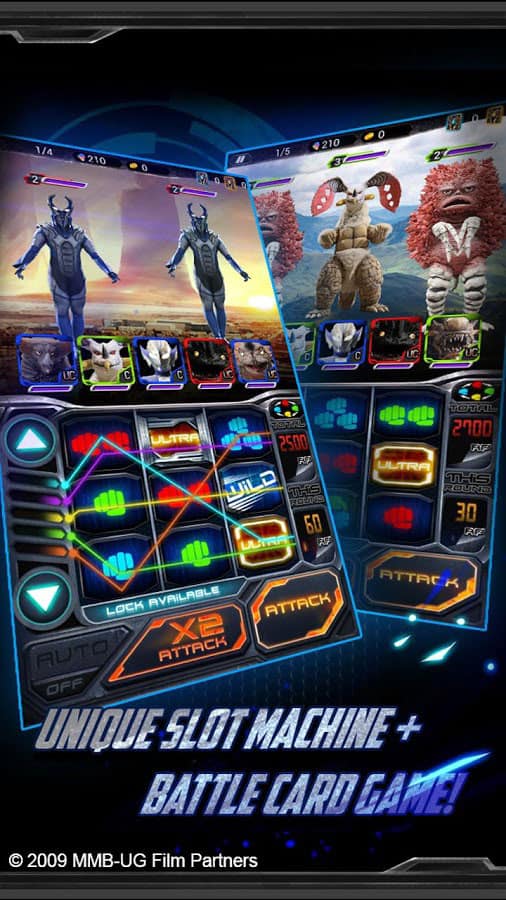 Ultraman Galaxy features slot machine combat mechanics, and you can utilize gems to determine how powerful your moves are. Ultramorph your cards for a more powerful team to own the battle. There are over 100 missions and special events to play through and even intense combat against friends which you can invite using facebook or user ID. If you're an Ultraman fan and love some TCG action you'll want to give this one a try. 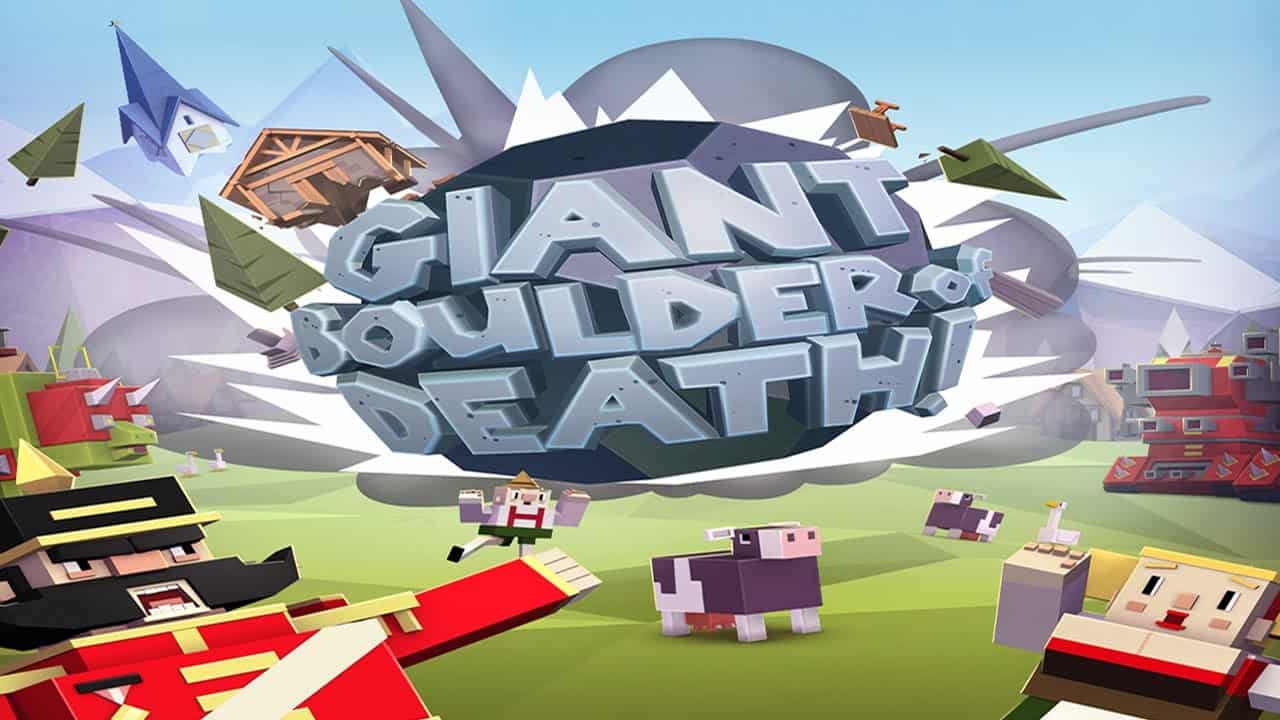 I've long been a fan of anything that is part of Adult Swim whether it be a game or a show they promote on cartoon network. Their newest game that was just released, is a prime example of how hilariously terrible we can all be if we put our minds to it. Giant Boulder Of Death puts you in control of a just what the it sounds like, a giant boulder, and your only goal is to roll down the hill and basically smash and kill everything in your way. you'll run across a bevy of goofy characters on your mission to roll as far as you can down the hill. Complete over 60 goals gain boosts and even obtain use of the infamous invinciboulder where nothing can stop you. 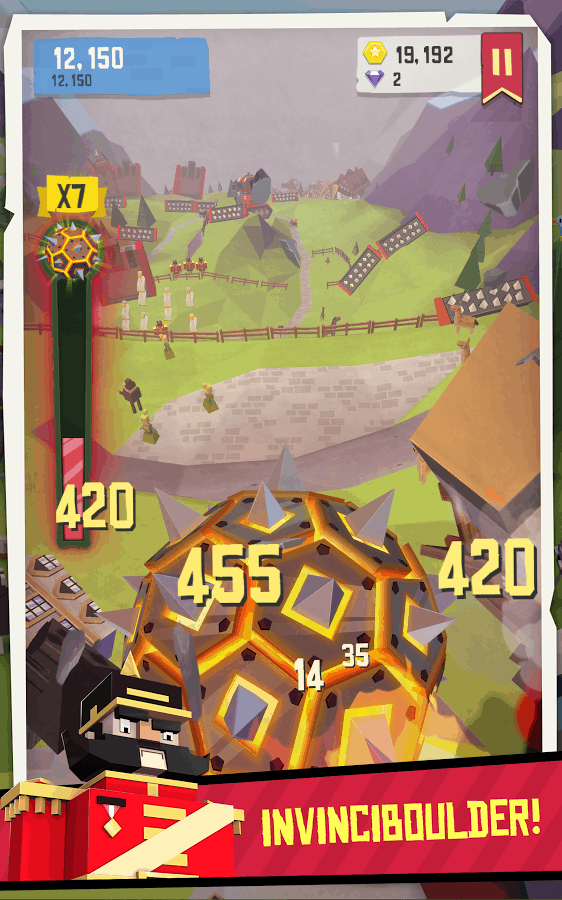 You'll have plenty of fun trying to raise your high score while listening to what Adult Swim calls "the hottest yodeling soundtrack of the year!". If this crazy and insanely funny mix of elements inside a game doesn't draw your attention to play for hours on end then you have no sense of humor and need to lighten up. The game is available for free, but does have some IAP if you wish to speed things along. However you can gain everything just by doing the usual grind. Which is more fun anyway. Hooray for more games from Adult Swim and hopefully they keep them coming. In this motorcycle trick arcade game you'll play as the imaginative and ever dreaming big Hill Bill, a hillbilly with big aspirations. Hill Bill is a wonderful little game where Hot Rod meets the backwater rednecks of society. All bill has ever wanted was to be the best when it comes to performing stunts on a motorcycle. He just wants to be better than his idol Evel Kneivel. Perform stunts and jumps and tricks and rack up points to buy new bikes and outfits for Bill. Explore the beautiful scenery of Americas long forgotten country landscapes like Bills backyard and the circus. Help bill become so good that he can finally reach his goal of the greatest stun anyone has ever seen, Jumping the Grand Canyon. With a total of 60 levels and more worlds and level packs in development at no extra charge, (the game is free to begin with by the way) there is plenty of replay value. Hill Bill really shows what indie developers can do and is a proven fact that you can put out a really great game for free. The game is available now for download.http://youtu.be/iDooT0NwKQ8