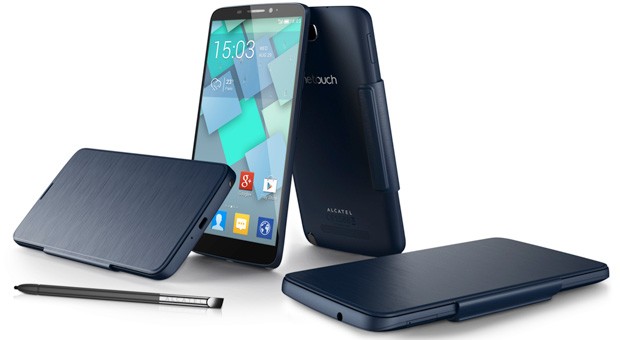 The Alcatel brand might be living on in name only under the TCL Corporation but, that hasn’t stopped them showing up to IFA 2013 with a few new smartphones in tow. You’re probably wondering just why you’d care about yet another Chinese device but, these new devices from Alcatel have some charm about them. Starting with the One Touch Hero, the 6-inch device has a lot going for it, both in specs and for once, in accessories.

Let’s take a look at the specs first:

So, the specs here don’t seem all that bad and with an active stylus onboard as well, fans of the Note might even be attracted to this guy. However, while the specs are pretty decent, where the One Touch Hero really shines is in the accessories that Alcatel are offering. There’s a flip cover, that’s not unlike that of the Galaxy Note’s that comes in either E-Ink or LED Options. The LED Option is designed for notifications and has cool little icons in there to let you know just what type of message it is you’ve received. Something like this is pretty useful, really. 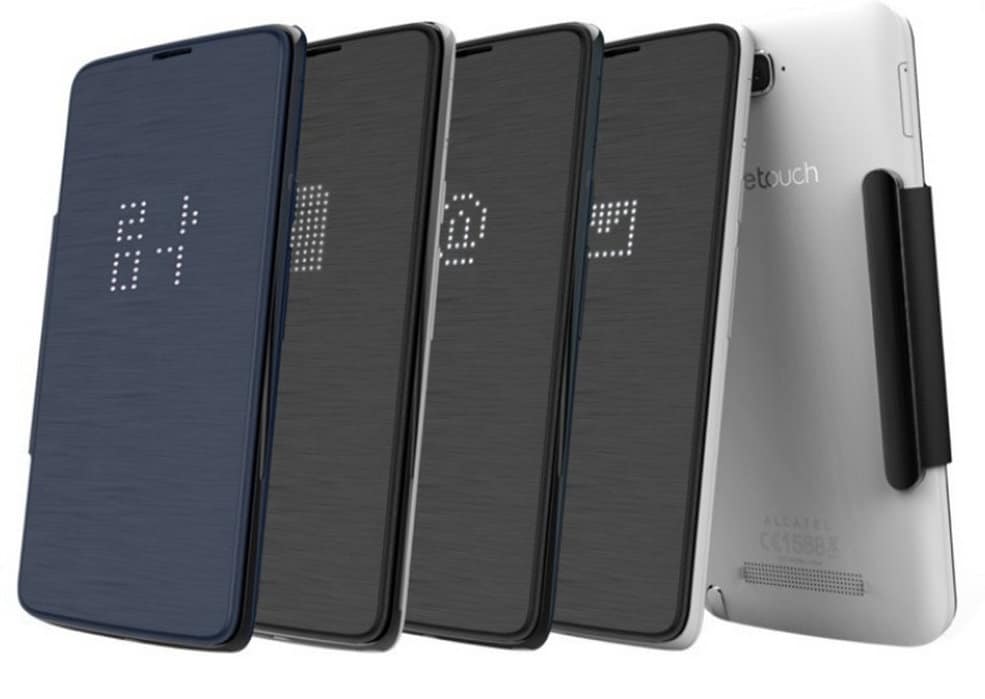 While it’s certainly a little gimmicky, it’s nice to see a Chinese manufacturer think of something a little more unique these days. As well as the LED option, there’s the E-Ink display option. This allows you to check information that’s been updated in the last hour or so without having the smartphone’s battery drain too much and you can of course, read books on that display. Making the One Touch Hero a jack of all trades. 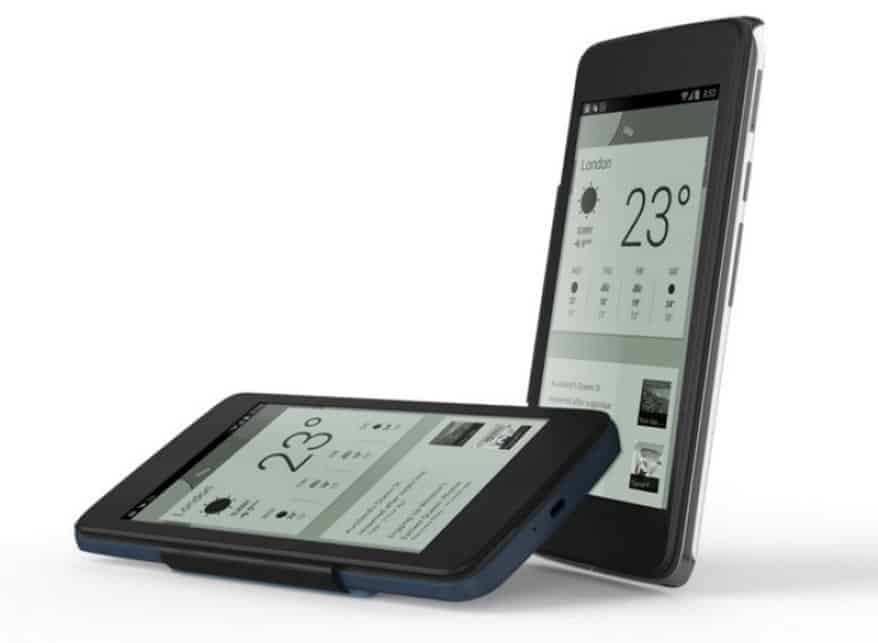 Shipping with a stylus, the One Touch Hero is a device that might allow you to get a little work done on the go but, just what software Alcatel have put in here remains to be seen. One of the Note’s redeeming features is the addition of the apps that go with the S-Pen, adding a stylus is not enough so it’ll be interesting to see what Alcatel have onboard, here. 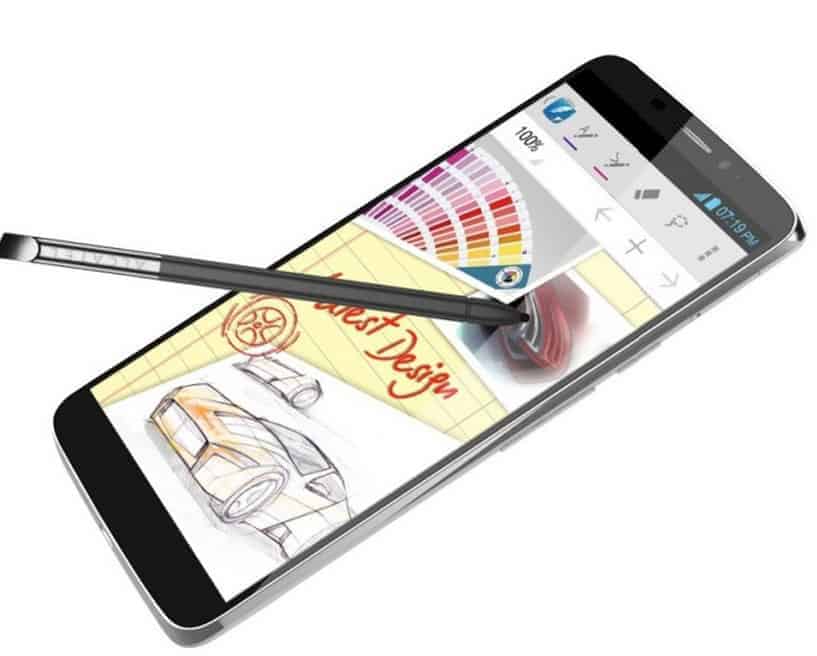 For those interested in the One Touch Hero, it should be going on sale some time in October for a fairly high price. While there’s slim chances of the device making its way to the States, those in Europe and Asia should expect the device before the year is out. Oh, did I mention that there’s a projector accessory? 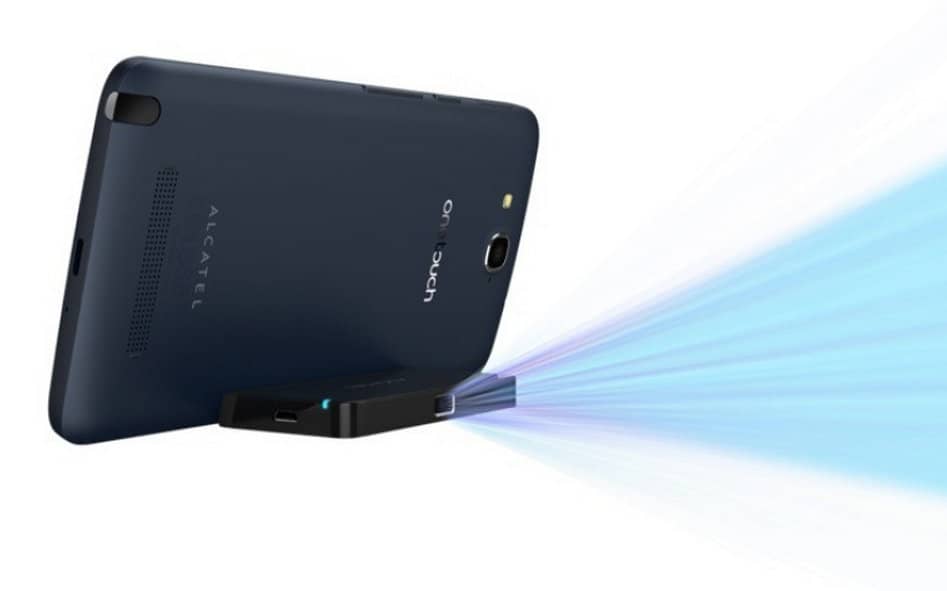