Most of us knew from day one of hiring Stephen Elop at the company – as a former Microsoft employee – that he would be working mainly for Microsoft's interests at Nokia, rather than Nokia's own interests, even as its CEO. Stephen Elop has always been the type of employee who "sells out" his company for a better opportunity, just like he did when he became CEO of Macromedia back in 2005, and then sold the company out to Adobe just 3 months later, where he moved up the ladder inside Adobe later.

This seems to be Elop's modus operandi. Get hired as CEO at a smaller company as CEO, and then sell it soon after, and gain a lot of money from the shares he received for becoming CEO, and also getting a better paid job inside the bigger company, once the acquisition is complete.

Going back to Nokia, I blame the board as much as anyone, for destroying Nokia's value over the past few years. They've been very slow to change the Symbian course, after the iPhone came out, and then it was their fault for hiring Elop, ultimately, and I think they got played – hard- by Microsoft. Whatever Microsoft promised them back then, in 2010, when they made the deal, the company definitely got the short end of the stick.

Not only was its value destroyed over the years, after Elop took over, but it's almost as if Microsoft (and therefore Elop, who's been working for Microsoft the whole time from inside Nokia) wanted it to happen, so they can buy it cheaply later. I have no doubt that at the very least Stephen Elop tried to convince the board that Nokia is worth less than what they think it's worth, and that they should sell it for a low price to Microsoft.

The company is worth 3x as much ($15 billion), as a whole, and normally you get an extra 30-40 percent premium, when a company acquires you, compared to the stock price. So that's about $20 billion, Nokia's total worth. The phone division is the biggest division of Nokia nowadays. It should've sold for at least half of that ($10 billion), and 2x more than it actually got. But as I said, I have no doubt Elop downplayed Nokia's value, and told the board that "it's for the best" to sell it to Microsoft for that little.

Now, Elop will get rewarded with a good position inside Microsoft, managing their phone division (and possibly even a chance at the CEO chair, either now or in the future), and while I'm sure the acquisition is a "success" for Elop himself, for Nokia it's nothing else but a disaster and a failure. Nokia as a phone company and brand will cease to exist.

This is the end of Nokia. How can that ever be called a "success"? What used to be the biggest phone company in the world, by far, is now selling for a measly $5 billion, and can never use that brand again. Worse yet, it's almost a certainty that under Microsoft's stewardship, and incompetent management with no vision whatsoever, Nokia's former phone business will falter down the road. 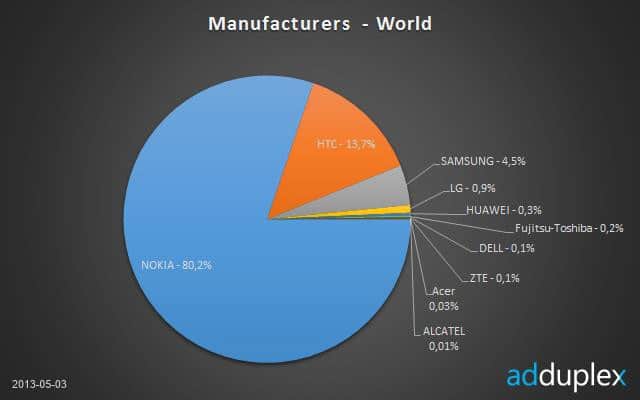 As for the other Windows Phone OEM's, if they aren't yet thinking WP is dead to them as outsiders, they need to wake up and smell the coffee. Microsoft was already giving Nokia huge preference in the market and in their ads, and they even let Nokia do a ton of other stuff on top of the supposedly "the same for everyone" Windows Phone platform. Because of that, the whole WP8 market share for all the other OEM's combined represents less than 1 percent of the total smartphone market share. Nokia has 80 percent of the 3 percent WP has in the total smartphone market, which leaves less than 1 percent for everyone else.

It seems that out of this deal nobody wins, except Microsoft, who planted its own "trojan horse" very carefully 3 years ago, for this very reason, and the Nokia board has been completely oblivious to it. Nokia and its shareholders didn't win, because they got a very low price for it, and it's dead as a company and brand. Consumers won't win, because Microsoft will find a way to screw it up, and the other OEM's won't win, because Microsoft will only care about their own phone division in the future. So it's only Microsoft and Stephen Elop that won by selling Nokia out to them.