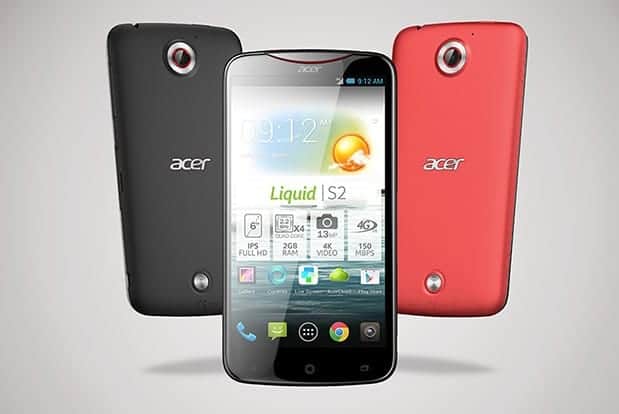 When talking about Acer and smartphone, we're not used to hearing such high-end specs coming from the company so, the Liquid S2 is something of a surprise, that's for sure. Coming in at 6-inches, it's clear that Acer is going after a market that knows what they want and those that want larger displays and more power. Overall, the Liquid S2 is a departure from previous smartphones for Acer and we're glad to see the company making more of their mobile arm.

Just what makes the Liquid S2 so special? Well, take a look at the specs below for a quick look:

Overall, the Liquid S2 is a great device on paper, and it doesn't look too bad either. This is definitely a move in the right direction for Acer, they can make quality hardware when it comes to phones it's just that their specs haven't been enough to entice users. With a quad-core CPU at 2.2 Ghz and 4K video recording, the Liquid S2 has more than enough to entice new users into the Acer fold, or at least you'd think so.

Software wise, this is much the same from Acer. You can expect near-stock Android with some light touches from Acer. Those touches include a raft of pre-installed apps and some light customization elsewhere. Overall though, this more of the Android you know and love than it is Samsung's or HTC's version of Android.

The Liquid S2 is to be available towards the end of October and while there's no exact availability listed, you can expect this to go on sale in Europe and the Middle East. However, don't hold out for too long on a US release. What do you guys think to the Liquid S2, has Acer hit a home run with their latest?