While IFA 2013 is officially done and dusted, IDF 203 has only just started and now it’s the laptops turn to take to the stage. Of course, traditional laptops aren’t of much interest to us here at Android Headlines. Throw in Chrome OS and give us some new Chromebooks and we’re in. Acer and HP are introducing new Chromebooks that both ship with Intel’s new Haswell architecture, which promises boosts in battery life across the board.

Let’s take a look at these two new Chromebooks, shall we? 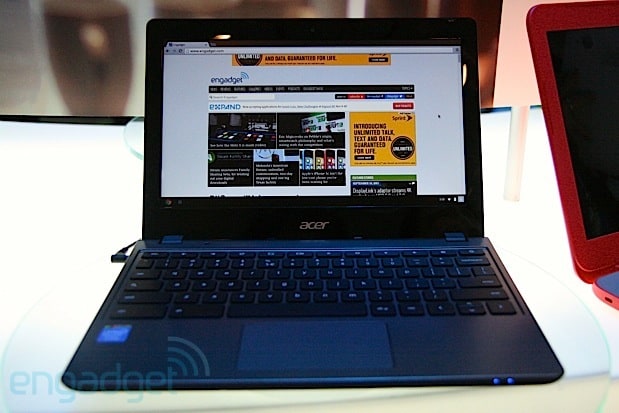 As Engadget is reporting there’s not a lot known about Acer’s new Chromebook. Of course, there are similarities to this and the old Acer C7 ‘book but, there are a couple of changes. With an 11.6-inch 1366 x 768 display, the Acer is a compact machine. At 0.75-inches thick and weighing 2.76 pounds, the new Acer is small and not that heavy. Unlike the C7 that preceded it, the PC layout keyboard is gone and the Chrome OS layout is now here. There’s also two USB ports – one of them of the 3.0 variety – an HDMI port, microSD Card Slot and a headphone jack. Acer is staying tight-lipped on this but, it should be launching before the year is out and while there’s no info on pricing, the 100GB of free Drive storage for two years is still here, just as it was last year. Battery performance has taken an increase here, offering 8.5 hours of continuous use. 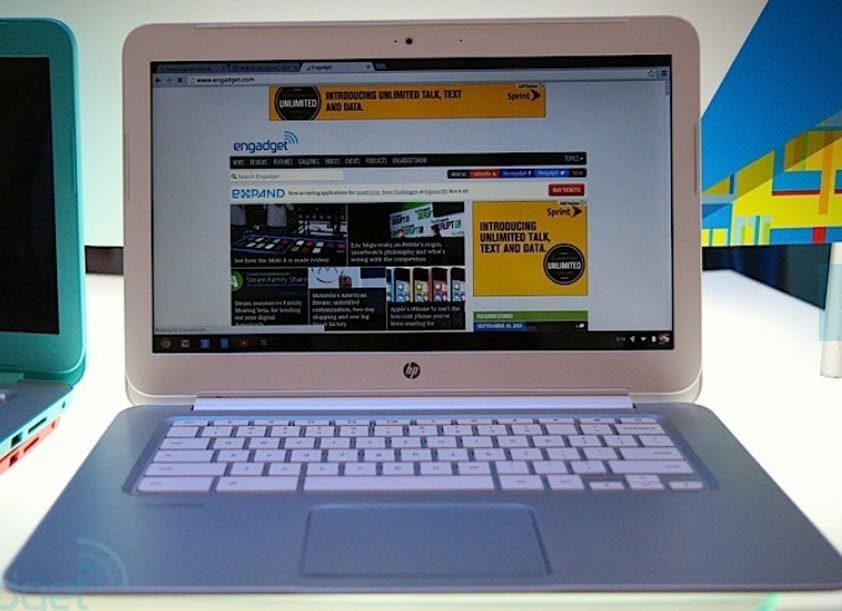 HP’s latest Chromebook is much like their old one but, it gets a fresh coat of paint and three color options, as Engadget reports. At 14-inches this is one of the biggest Chromebooks available and it has a few more ports included as well. Coming in at Snow White, Ocean Turquoise and Coral Peach, the 14-inch Chromebook only packs a resolution of 1366 x 768 which is a little disappointing. HP keep the Chromebook keyboard and have added an HDMI port, MicroSD Card Slot, 3 USB ports – one of them USB 3.0 – and an HD webcam. At 0.81-inches thick and 4.08 pounds heavy, this is a little chunkier but, the battery life does reflect that. With 9.5 hours of continuous use this is definitely an “all day” machine.

Google will more than likely be making their own announcements in partnership with Acer, HP and hopefully Samsung a little later in the year. However, it is nice to see that manufacturers haven’t given up on Chromebooks and that they’re being injected with the latest from Intel. Clock speeds aside, Haswell should provide a speed boost as well as an increase in battery life.