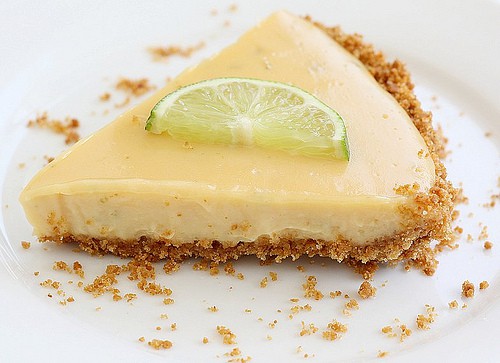 Now that we finally have Android 4.3, yet another version of Jelly Bean, it's time to start looking for the next version of Android which we are expecting to be announced in October along with a new Nexus 4 (or Nexus 5) and a new Nexus 10. Thanks to the Chromium Bug Tracker, we have now seen a Nexus 7 and a Nexus 4 both making appearances running a new version of Android. Which is build KRS36B.

So why exactly do we think it's Key Lime Pie? It's all in the K. If you look at the Jelly Bean versions, the build numbers all began with J, same with Ice Cream Sandwich, Honeycomb, Gingerbread, and so on. Now we don't know it'll be Key Lime Pie for sure, but we are pretty sure it will be. What other desert is there that starts with a "K"? Maybe Android 5.0 – Krispy Kreme?

We don't know what's coming in Key Lime Pie, but we are expecting some more goodies. Possibly a refined user interface, probably some more features, more NFC capabilities. We could speculate for days as to what Google is going to throw into Key Lime Pie, but the truth is, we really don't know. But this is just the beginning of the very busy Nexus season. We've got the LG G2 being announced tomorrow, then next month is the Galaxy Note 3 and after that all eyes will be on Google and their Nexus partners for the fall. Last year was pretty insane, so we've got high hopes for this year.

Rumors have been floating around for quite a while that October 15th is the date that Google will announce Key Lime Pie, a new Nexus 10 and a new Nexus 4 (or whatever they decide to call it). There's also rumors about a watch, but I'm more interested in the new Nexus 4 myself. Many of us think that it'll be made similar to the LG G2, like the Nexus 4 was basically the Optimus G without physical buttons, removable battery and a microSD card slot.

What do you want to see in Key Lime Pie this all? Be sure to leave a comment below with your thoughts.