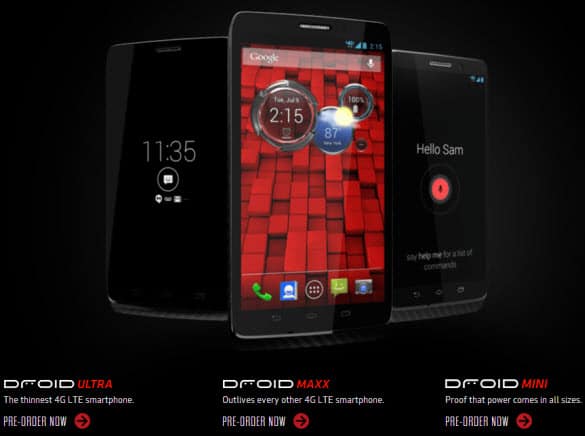 Verizon was once known as the company with great service, but with an unexciting line of smartphones to take advantage of their terrific coverage. All of that has changed in the past two years and Verizon now carries flagship phones from many manufacturers as they realized exclusivity could hinder sales volumes. The one big exception is Verizon's Droid lineup of phones from Motorola.

To say that Verizon has spent a serious amount of time and money building a brand around the Droid name would certainly be an understatement…so where does that leave the new Moto x as Verizon prepares their new Droid launch? The Droid Mini will be coming later, but during the week of August 20 you could have your choice of three Motorola models to choose from on the Verizon network – the Droid Ultra, Droid MAXX, and the Moto X. How does Verizon envision these launchings and how will the salespeople represent the multiple phones to their customers?

From the available comparison charts from Verizon, it seems that Droid is where it's at with BIG red check marks touting the advantages of Droid. The comparisons do not dwell on specifications as much as a feature comparison of the phones, for example, the Droid lineup features wireless charging while the Moto X does not. Verizon has also worked out a deal with Google to offer extra incentives over the Moto X. 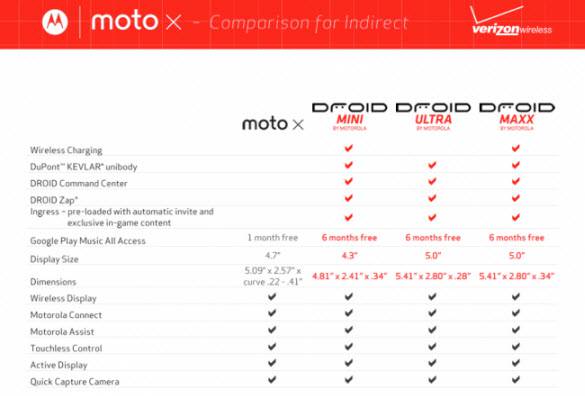 From the chart, you can see that all the features the Moto X videos are touting, Touchless Control, Active Display, and Quick Capture Camera are also on the entire Droid line. This makes it seem as Verizon is saying that our Droid line has the cool features of the Moto X, but also Wireless Charging, Kevlar unibody, Command Center, as well as Ingress pre-loaded and 6 months free of Google Play Music All Access.

The Moto X main claim is its features and the ability to customize the phone, not the specifications, according to a top Motorola engineer. Verizon does not seem to be interested in customization, but offering a line of phones with different features and specs to choose from, so it will be interesting to see which phones Verizon spends their advertising dollars on…I know where Motorola will be spending theirs. 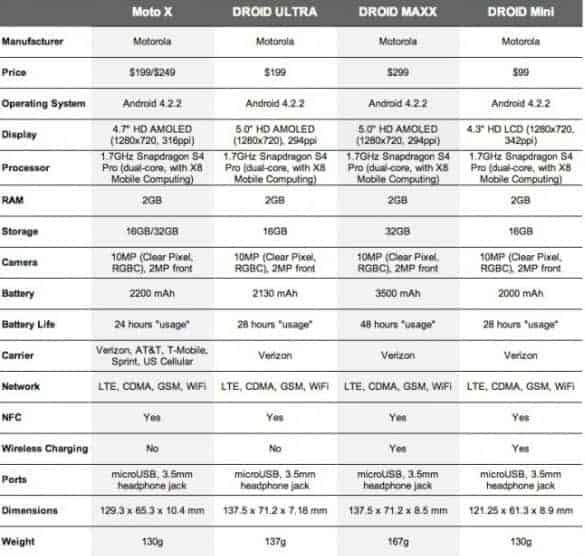