In the midst of the Moto X announcement, Verizon slipped some news that got mixed with all the fuzz around the new Motorola phone.

Verizon had some complicated plans, which last year got simplified into 14 different options, all with unlimited voice and text, the only thing you choose is the amount of data you get, starting at 1GB for $80 a month including a smartphone. 14 different options is not exactly simple, but it´s better than before.

The new plan is the new lowest amount of data you can get, with only 500 megabyte available and $10 cheaper than the 1GB plan, just in time to fight AT&T´s new 300 megabyte plan, which costs half the amount of the 1GB data plan. 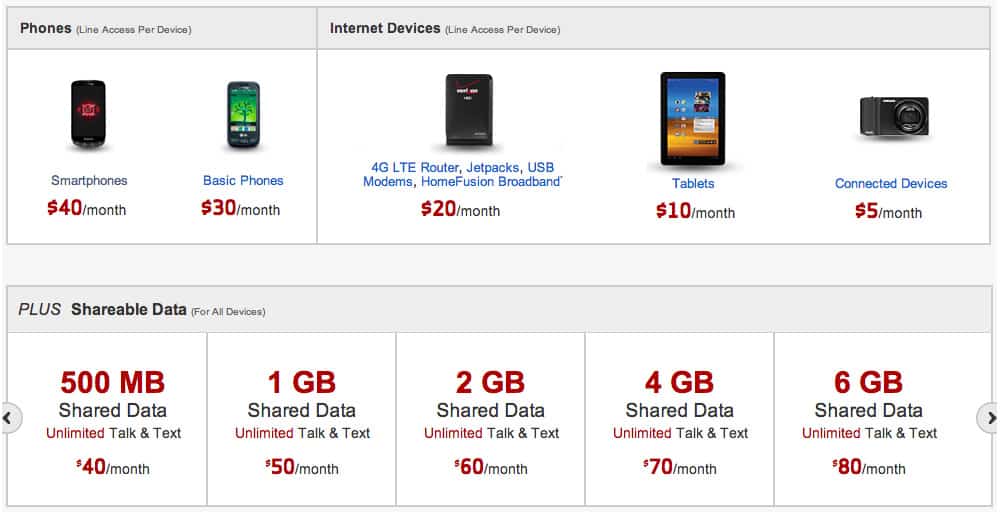 If you want the cheapest plan is T-mobile’s which is $30 cheaper than Verizon for the same amount of data, while AT&T and Sprint both have plans for $10 less than Verizon but on AT&T you only get 300MB while Sprint gives you 1GB. Verizon’s new plan is cheaper than the ones they had before, but it’s still the most expensive plan of all, although it’s hard to argue with the largest LTE network in the country.

While Verizon is the most expensive of all, many people still find it attractive for a few reasons, the LTE network being the most important one, but there are two more factors to consider. First of all, some areas don’t get any other carrier, so Verizon is the only option and they know it, it’s either Verizon or nothing for some people. And the second factor is exclusivities, Verizon’s Droid brand might not be the best branding and it’s getting a little old right now, but they had some good phones like the Droid DNA, one of the best devices of last year and now the new line of Droids made by Motorola are really attractive, with almost the same features than the Moto X but with some battery and size options, the MAXX has a huge battery, the Mini has a smaller screen and the Ultra is the thinnest LTE device in the market. It might not be the best, I don’t like CDMA networks, but Verizon is still a good option in many aspects, so it’s up to you to decide you give your money to.