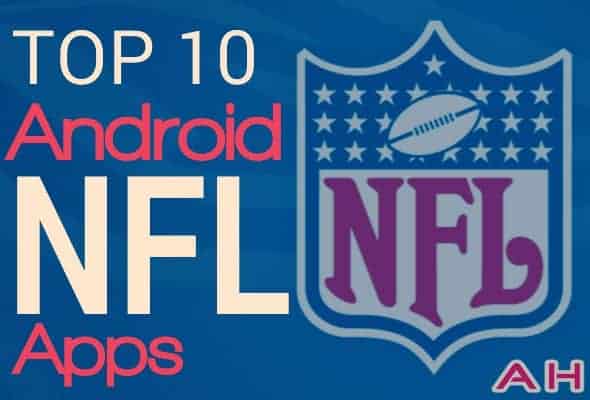 It's finally here. Preseason. Many of us that missed Football all year are going to be glued to the TV tonight to see our favorite teams play. As for me, I'll be watching the Detroit Lions take on the New York Jets, although I don't have to much faith in the Lions pulling out a win. Yet they are the only team that can go 4-0 in the preseason and 0-16 in the regular season.

We've put together a list of the top 10 apps to feed your football experience. Some of these are just general sports apps, some are games, live wallpapers or just NFL apps from the NFL. Let's start at number ten.

Yahoo Sports was recently redesigned to look a bit better than it has in the past. For the most part it is "Holo" themed. It'll give you scores, highlights, and more from all the major sports including the NFL, MLB, NCAA College Football, NBA, NHL and much more.

This is one of those "tried and true" apps. ESPN ScoreCenter has been around for a long time and has received a nice makeover in the past few weeks. It's completely holo and uses the hamburger icon so you can slide the drawer in and out. Which looks pretty awesome. Much like Yahoo! Sports, ESPN ScoreCenter shows you scores, stats, highlights, news and more for just about every league. Including the most important one, the NFL.

Whoever is playing Fantasy football on Yahoo! is going to want to download this app. With the app you can have live and mock drafts, live scoring, roster management, matchups, breaking player news, message boards and so much more. It's a pretty popular app for those playing fantasy football.

Next up, is theScore, which is similar to the ESPN ScoreCenter and Yahoo! Sports apps. It provides you with up-to-date scores and analysis and even has a widget, so you can keep track of your team right from the homescreen. theScore will provide with scores for just about every sports league out there.

This one isn't a big app, it's actually fairly simple. It basically allows you to see the schedule for the 2013 season. Which makes it a great app, especially if that's all you want from your app. Want to show your support for favorite team? How about throwing a live wallpaper onto your device? Well as Apple would say "there's an app for that". This app is free, but only a few wallpapers are available. If you wan to unlock all 32 teams there is a $2.49 in-app upgrade to get all 32 teams.

Here's another Fantasy Football app. This one is the official NFL.com Fantasy Football app, which makes it the best companion out there. It features all kinds of goodies including live scoring, registration, set your lineup, transactions, player news and much more. While you're waiting for your game to start, why not play some NFL Pro 2013 by Gameloft? Gameloft has created some great games in the past and NFL Pro 2013 is no exception. It's completely free in the Play Store and features all kinds of goodies like amazing graphics, play-by-play replays and so much more. It's the only Free-to-play football game out there. Now this is the brand new, redesigned and rebuilt NFL Mobile app that is no longer completely exclusive to Verizon Wireless subscribers. But it is the best over app to keep up with the NFL season this fall. It provides scores, custom team alerts, fantasy football, video highlights, and more