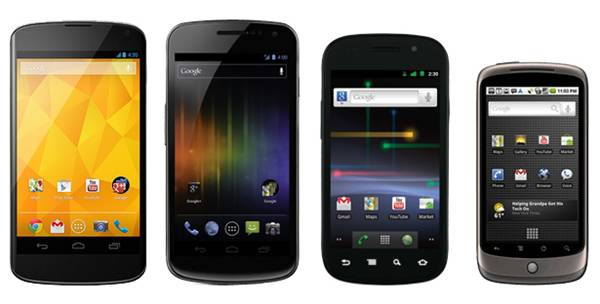 In the past couple of weeks we've heard that Motorola might be making the Nexus that's due to be unveiled this fall. Then we've also heard that LG might be making it again. Of course, our readers have showed mixed reactions. Plenty don't want it to be Motorola because they make "ugly" phones, but then many like myself want Motorola to make it for that crazy battery life. Then on LG's side, they've had trouble in the past making decent phones, but in the past year or so they've made some really nice ones like the Optimus G, Optimus G Pro, Nexus 4 and the G2. So there are some that are still doubting LG, while there are some that believe they can make another great phone. Heck the Nexus 4 was an amazing phone. Much better than the Galaxy Nexus.

That all leads us to this week's question, who should make the next Nexus. Whether it be named the new Nexus 4 or the Nexus 5. I'd actually like to see Sony make a Nexus 4/5. I have really liked their phones and even their customized interface. Their big problem is getting their devices into the US in a reasonable amount of time. They've always had trouble with that unfortunately. Then on the other hand, I'd like to see HTC make another Nexus phone, as the Nexus One was one of the best phones most of us have ever owned and it started the whole Nexus family. Then there's Samsung. Their Nexus' devices haven't been too bad, but they haven't been cheap like the Nexus 4 has been. But does Samsung need a Nexus phone? Not as much as some of these other companies.