The Moto X has been the one thing the tech world has been talking about for the past couple of weeks, but now there’s a new player in town and of course, the next couple of days will all be about it. Obviously, I’m talking about the LG G2, which was finally officially announced yesterday.

I just want to talk about a small part of the G2, which just happens to be one of the more unique aspects of the phone. The volume and power buttons are on the back of the device. This is the first smartphone in the world to have this design feature and LG has even said during the presentation that this is the most innovative design decision that the LG G2 has. LG has their reasons to do this and honestly, they seem pretty logical to us and while we may find it strange now. Right now, our fingers go directly to the sides or the top of our phones when we want to change the volume or turn on the screen, it’s a reflex, we don’t even think about it. Having to change this will be difficult, but just as with any new shift in design, we’ll get used to it.

The biggest reason for the change is the size of the phone, the size of all phones actually, LG has stated that phones have been growing for the last couple of years and while smartphones used to be 2.4-inches in width, now they’ve gotten much bigger to an average of 2.7-inches wide. This makes one-handed use much more difficult, in some cases our hands barely grasp the device firmly enough not to drop it. Having to move our fingers to reach a button increases the chances of the phone hitting the floor. The G2 is even bigger at 2.79-inches wide so LG realized that if they placed buttons on the side, the G2 wouldn’t last a day in the hands of consumers. So, they moved them to the back, where the index finger naturally rests when we pick up our devices, giving LG yet another reason to make the change. 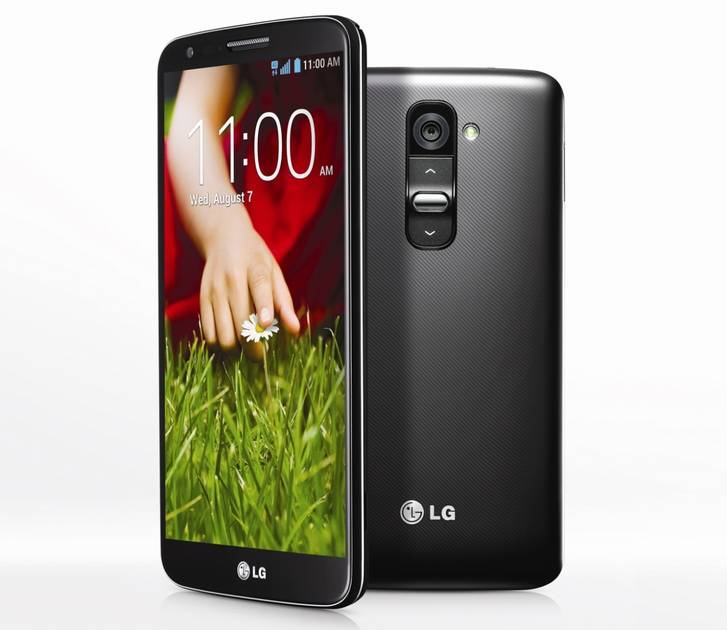 Why move your fingers to reach a button? Why don’t we put the button where the finger is? Yes, it does make a lot of sense and it’s amazing that LG is the first to realize this and that nobody has tried it before. From what I’ve seen in videos and pictures the button placement seems very natural, although people are still getting used to it, the buttons are just where they should be.

This change has more advantages over the design of the phone, it gives the G2 the opportunity to have completely clear sides. Resulting in a cleaner industrial design, since the engineers at LG trimmed downs the side bezels to just 2.65mm on each side, giving that edge-to-edge look that even the Motorola Razr M envies.

Also, the placement of the buttons helps with taking pictures with the front facing camera (a.k.a selfies) since it’s much easier to hold and click than a button on the screen or on the sides The final result is impressive, a huge screen on a pretty narrow device with better ergonomics and less chance of dropping the phone. On paper, it seems like a winner, but we’ll have to see how it feels when it’s in the hands of consumers.