Skip to content
Trusted By Millions
Independent, Expert Android News You Can Trust, Since 2010
Publishing More Android Than Anyone Else
30
Today
176
This Week
917
This Month
8192
This Year
125675
All Time 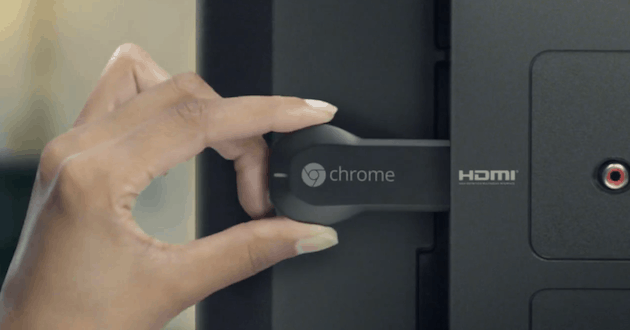 We all love updates and Google likes to make a lot of them to keep us happy and keep their products fresh and up-to-date. Google is pushing a new OTA update to the Chromecast taking it to version 12940 although I wouldn’t worry about numbers, we know how Google is with the number versions in Chrome which have already hit version 30 if you’re on the developer channel.

In case you’ve forgotten, the Chromecast is Google’s HDMI dongle that allows streaming content from Android or Chrome directly from the web, using your smartphone as a controller and not for the actual streaming. This not only leaves your phone free to do whatever you want but it’s also kind on battery life. It’s only $35 and it’s already sold out everywhere, right now you can order one on Google Play but it’ll take about two weeks before it ships.

The update is nothing too big or important but it shows that  Google is working fast to make the Chromecast a viable and stable solution for everyone. If Google wants Chromecast and the Google Cast protocol to catch on it has to be flawless, not only in the content they offer but also in the stability of the streaming and the ease to set it up.

Two of those things have been improved with the update. The change log posted on the Chrome Releases blog is this:

I told you it was a small update but we can all agree that better stability and better discovery of devices is a good thing.

The Chromecast isn’t the only thing that’s receiving some love, the Google Cast SDK developer preview also got a small update and is now at version 1.0.1. The update is useful only for those iOS developers who were having some problems with a naming convention interfering with Objective-C++ development.

As is the norm with Chrome, the Chromecast will update on it’s own and you’ll never know about it so just sit back and enjoy your movies and music while Google takes care of your device for you.