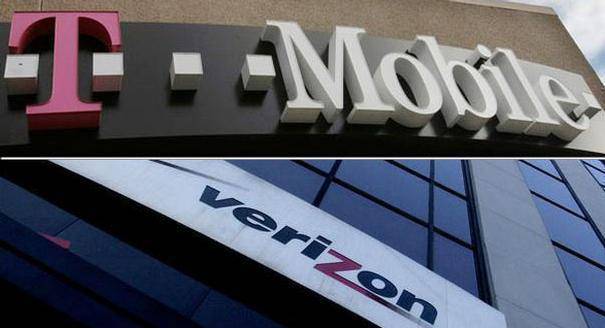 T-Mobile is kicking butt and taking names. According to data gathered by research firm YouGov, smartphone users are more viewing the T-Mobile brand in a very positive light. Verizon has held on to this coveted spot for over a year, when YouGov began tracking this information. It seems that T-Mobile has dethroned Verizon as America's favorite carrier for smartphone users. 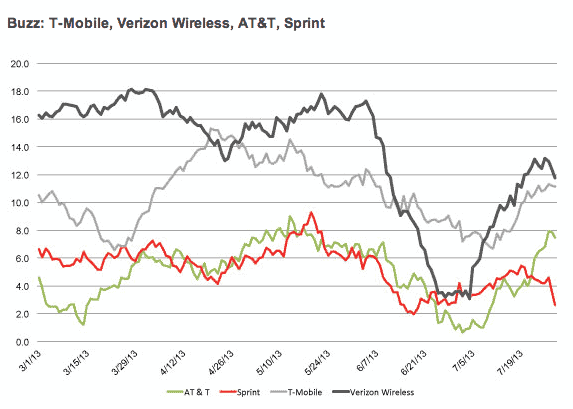 YouGov's "BrandIndex Buzz score shows that Verizon has been surpassed by T-Mobile twice in the last four months. T-Mobile's success is coming from several areas. Its new UNcarrier branding is resonating with consumers who are tired of contracts and extra fees. Verizon is also in the spotlight for assisting the NSA in gathering customer's metadata for surveillance. T-Mobile and Verizon have consistently led AT&T and Sprint in YouGov research, and now T-Mobile is overtaking its larger competitor.

"If you've heard anything about the brand in the last two weeks, through advertising, news or word of mouth, was it positive or negative?"

T-Mobile's brand perception is generally positive and has been climbing since T-Mobile CEO John Legere announced the UNcarrier branding last March. T-Mobile's YouGov Buzz score doubled to about 15 points only a month later. By mid-April, it had unseated Verizon as the top mobile carrier for smartphone users. Verizon regained the number one place a month later, but lost it again in June when customers learned that it was sharing data with the NSA. 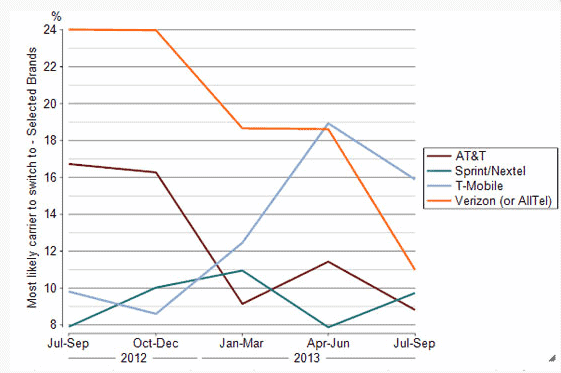 YouGov also surveys customers about which carrier they are most likely to switch to in the next six months, if they are looking to make a change. Again, the focus is on smartphone users because they generate more revenue for mobile providers. In the first quarter of 2013, only 11% of people polled said they were planning on switching to T-Mobile. In the second quarter, that number jumped to 19%. Today, that number sits at about 16%. In contrast, Verizon's percentages fell from 24% to just 11%. People are not looking to move to Verizon anymore. T-Mobile is the carrier of choice for more smartphone users than ever.

Keep in mind that these numbers are in a constant state of flux. They cannot be used exclusively to judge the quality and user experience of a particular wireless carrier. Brand perception and brand loyalty can be fickle things. It does appear that T-Mobile is on the rise, however. Verizon customers, and smartphone users in general, are viewing T-Mobile in a favorable light.