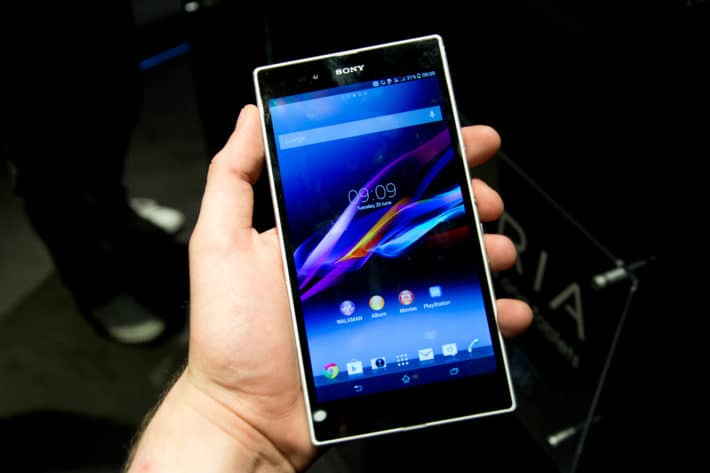 There's been lots of talk lately about Sony's Xperia Z Ultra, the monstrous offering Sony brings to the smartphone market. The Ultra will definitely be turning heads with the 6.4" screen that makes the device inch into tablet territory, no doubt about it. However, Sony's smartphones have been falling behind as far as screen technology goes, especially on smartphones. Before the Ultra, every smartphone coming from Sony has been packing the same old TFT display, offering poor viewing angles and washed out images. However, Sony's proprietary TV technology dubbed the "Triluminous Display", is making its way into the Xperia Z Ultra and Vietnamese website SEcafe has had the opportunity to review the device and screen in comparison with the device's younger brother, the Xperia Z. Before the review and comparison though, here's a little background about the Triluminous Display technology.

The theory behind the Triluminous technology is that rather than using conventional pixels like everyone else, the key to razor sharpness is Quantum Dots. Quantum Dots are tiny particles that can emit light at very specific wavelengths, producing a much larger range of colors that traditional LCD TVs. The accuracy of these wavelengths helps to produce a much richer, specific, and accurate color than traditional screens. In addition, the Triluminous Display is coupled with Sony's X-Reality engine, which has several key functions. First off, it adds sharpness, saturation, and contrast, similar to the way normal LCD TVs do today. The second and most innovative function, however, actually analyzes your video or image and adds missing pixels. This is a very interesting concept because it can be used to produce sharper images without necessarily needing a sharper camera. Now that you know a little bit more about Triluminous technology and X-Reality, here are some of the comparison images.

As you can see, the Triluminous Display does look quite a bit more vibrant than the older TFT display on the Xperia Z. The pictures look more realistic and seem to have more life when viewed on the Z ultra. I'd like to see a comparison side by side with a phone packing a Super AMOLED display, but compared to Sony's older offerings, this seems like a step in the right direction.