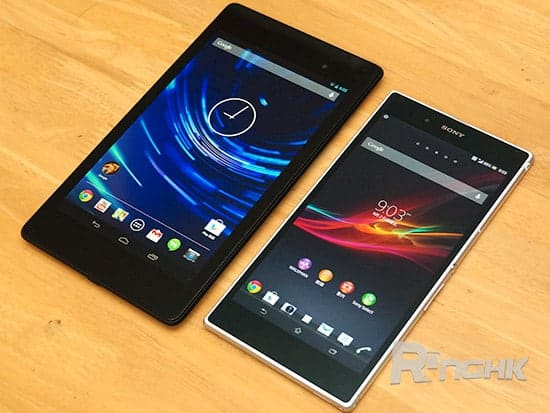 The Sony Xperia Z Ultra is expected to be available globally on September 12th of this year. It has just launched in Asia, and we're getting our first good look at Sony's massive new smartphone today. This thing is a true giant.

Chinese technology blog ringHK has post an in-depth comparison of the Sony Xperia Z Ultra and the new 2013 Nexus 7. That's right. This phone is so big that it cannot be compared to any other phone on the market right now. It has to be compared to tablets. The Xperia Z Ultra has a 6.4 inch screen, and it really expands the definition of smartphone.

This comparison goes beyond just size. We have the full specs of both devices, listed side by side. The Xperia Z Ultra still makes phone calls, but it almost falls into tablet territory. Its screen is a mere 0.6 inches smaller than the new 2013 Nexus 7. It will barely fit in your pocket. 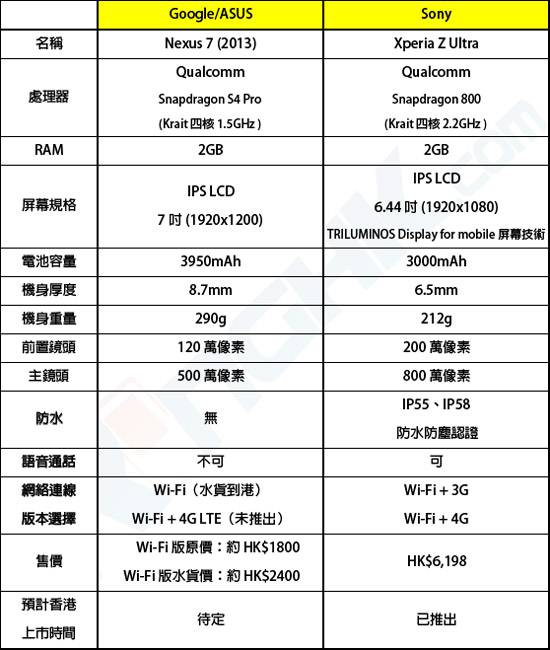 The Sony Xperia Z Ultra is designed to compete with the Samsung Note II and upcoming Note III, the rumored HTC One Max, and the LG Optimus G Pro. It has specs that will allow it to hold its own, for sure.

The Xperia Z Ultra comes in White, Black, and Purple. It should be available for consumers around the world by the middle of September. Along with the new Nexus 5 and the other smartphones coming this fall, 2013 is going to end up being an exciting year for new Android devices.

It seems like we could have reached the size limit on smartphones. The Z Ultra is a giant. It's almost a tablet, and would be considered a tablet if it did not have the ability to make phone calls and isn't being marketed as a phone by Sony. As big as this thing is, is it something you are interested in? Or is it too much? Check out the rest of the images and let us know what you think.