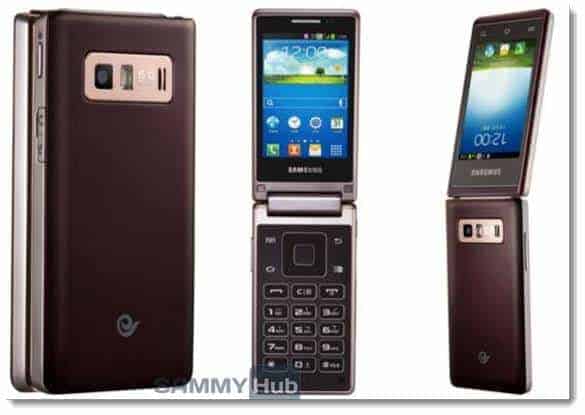 Samsung is all about trying new designs and then waiting for a public reaction to see how well they are received…sometimes it works and other times it flops. Take the Samsung Note, for instance, they designed a huge phone with a stylus (S-Pen) that the critics said would never catch on, yet they created an entirely new market segment, the phablet. And 10's of millions of phablets later and a new Galaxy Note 3 readying a September launch has silenced, for the most part, the critics. 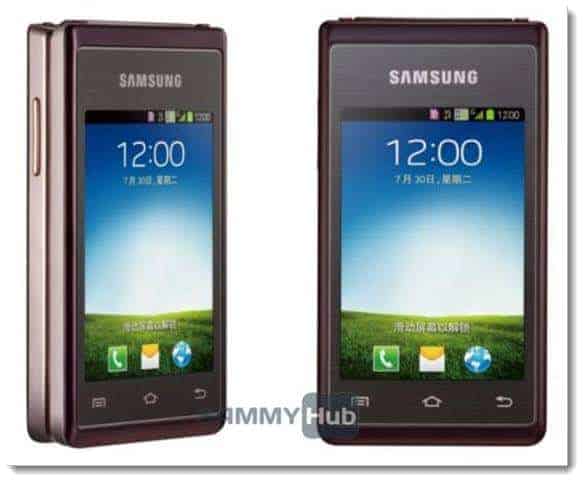 Samsung has tried Mega phones, mini phones, and a Galaxy S4 Zoom camera phone, S4 Active, with water-resistance, and so forth. Nobody can say that Samsung is not willing to take a risk. Their latest endeavor is a trip back to the past, the Samsung Hennessy (SCH-W789), an updated version of the venerable flip-phone/clamshell design. Not too shabby in specs for this design of phone and the targeted market segment: 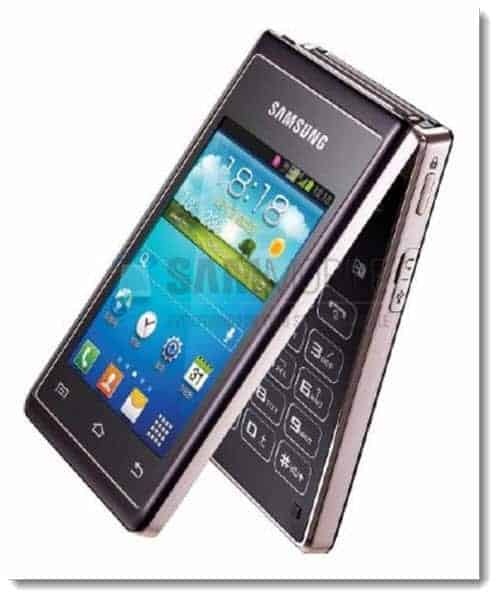 Leaked images were already in the wild, but today we have a few new ones that show a lot more detail. Most people would laugh at this clamshell idea, but I know many people whom would love to see them come back in style again. Folded up, it protects the screen and keyboard, and opens to quickly make a call. Samsung has no plans to market the phone in the U.S. The phone is set for an August release by China Telecom and will support both CDMA and GSM networks.

In the comments, let us know if you would like to see the flip phone make a comeback and if you or someone you know would buy one.