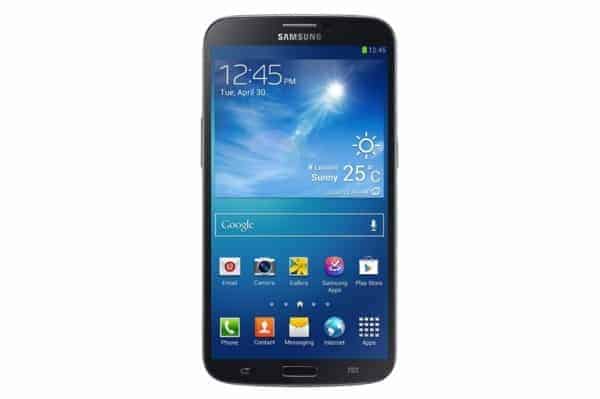 Is the rumored 5.68-inch Galaxy Note 3 too small for you? Well AT&T, Sprint and US Cellular is about to launch a new Samsung device that's even bigger, and has been available elsewhere in the world for quite a while already. The Galaxy Mega 6.3 is on its way to three of the carriers here in the US. The Galaxy Mega isn't quite a high-end device, but it's right in the middle of high-end and mid-range devices, but of course that's my opinion. It's packing:

The Galaxy Mega 6.3 also has many of the Galaxy S4 features including the WatchON TV App, and multi-window. But some of the hovering gestures is not included in this one. Samsung USA is stating that the Galaxy Mega 6.3 will be available in Nova Black and Polaris White (what happened to Black Mist and White Frost?)

This is the third 6-inch or larger device. There's the Huawei Ascend Mate, which has a 6.1-inch display which I reviewed a few weeks ago. There's also the Sony Xperia Z Ultra which is not yet available, at least in the US, which has a 6.4-inch 1080p display and is waterproof. I'll be interested to see how well the Galaxy Mega 6.3 sells for AT&T, Sprint and US Cellular.