We first heard rumor of the Samsung Galaxy Folder a few months ago. This is not the first time Samsung has experimented with different designs. This time they are going backwards, though. The South Korean company wants to give its users in China an old-school clam shell device, running Android.

The traditional clamshell device is hard to find these days. More and more users are upgrading to the touch screen, rectangular slabs that we have come to know and love. There must be a market for flip phones, at least in China. This time, it's a flip smartphone. 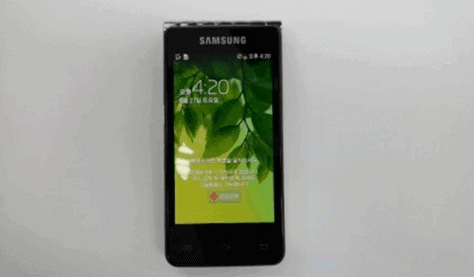 The inclusion of LTE connectivity means that this phone will have blazing fast data speeds. The quad-core CPU and 2 GB of RAM, while not necessarily high-end, are nothing to shake a stick at. The device should be nice and speedy.

These images of the Samsung Galaxy Folder look quite a bit like the Samsung Hennessy that we heard the rumor of a few weeks ago. However, the specs on the Hennessy are entry-level. That could mean that Samsung is actually working on two clamshell Android smartphones. This doesn't seem likely. The other possibility is that these are the same devices. When we're dealing with leaked information about rumored devices, we can sometimes get mixed information. That's just the nature of the beast.

Either way, if you are a fan of Samsung devices, clam shell phones, and Android, you will soon have an option that combines them all. As long as you also live in somewhere in the China Telecom coverage area.