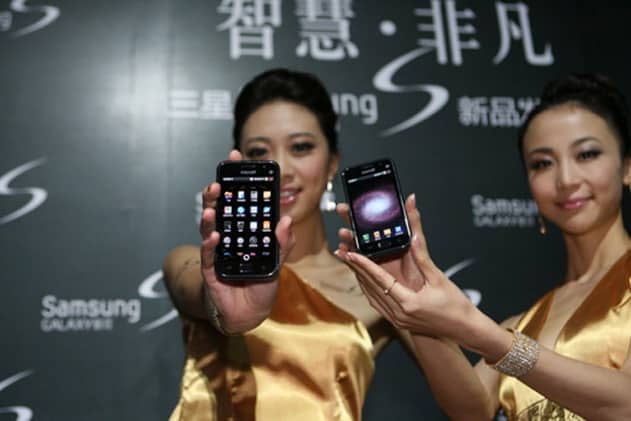 The five Chinese vendors shipping the most devices worldwide (Lenovo, Yulong, Huawei, ZTE, and Xiaomi) had 20 percent of the total smartphone market, which is 33 percent more than last year when they had only 15 percent. As you can see, companies like Lenovo, Yulong had huge increases in terms of market share. 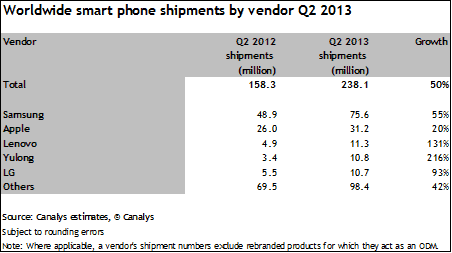 Lenovo actually took the 2nd place in smartphones in China this quarter, which is a huge achievement for the company, and I believe Lenovo is only getting started with Android. They've been doing very well in the PC market, becoming the #1 PC manufacturer recently, and now they want to be very aggressive in the smartphone market, too.

It's also smart to start with China, because that's their home market, and it happens to be the biggest and fastest growing smartphone markets, too. Shipments in China grew 108 percent year-over-year to 88.1 million, which is 1/3 of the total sales globally. US is in second place, while India managed to get, perhaps unsurprisingly, the 3rd spot, although right now it has much fewer sales (only 9 million). 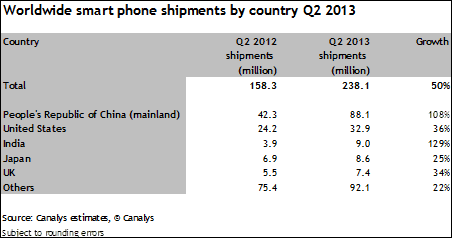 Samsung is the most successful international player in India, while Nokia is almost non-existent there right now, after dominating the market only a few years ago. Nokia simply couldn't resist the Android onslaught, and the only way they could've done that would've been to adopt Android early, instead of WP8.

Speaking of Nokia and WP8, WP8's kept its market share at 3 percent (equal to Blackberry), iOS fell to 13 percent, while Android grew to 80 percent of the market, meaning it's becoming ever more clear that Android is (ironically enough) the "Windows" of the smartphone market.