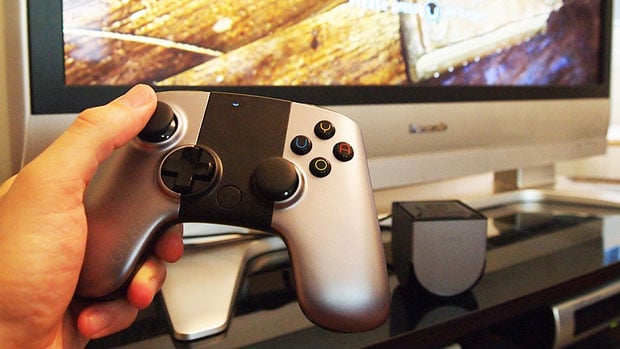 According to GameInformer's sources, Amazon may be preparing to launch an Android gaming console with its own controller by Black Friday this year. If this is true, that's pretty surprising, but it actually makes some sense for Amazon to make one.

Amazon has been trying a lot of things lately, and if even small companies like OUYA can make an Android-based gaming console, why couldn't Amazon do it, too? But just because they can do it, doesn't mean they should. However, Amazon can have some pretty good reasons why they should build their own console.

Amazon has the world's largest e-commerce website, and a lot of "normal" customers visit it. They could take advantage of this type of customer base, by promoting to them an affordable gaming console that also has very cheap and fun games, compared to the PS4 and Xbox One, which are targeted more at "hardcore gamers", and not only do they have to buy games that cost $60 each, but they also have to pay $60 or so per year to play online with their friends. Even if the specs themselves and the cost of these consoles weren't as high, the fact that the games and the service itself costs this much means nobody except the most hardcore players will want one.

But what can we expect from such a console? Although I'm hoping the Google one will use the best mobile processor in the market that's available, so they can really push the quality of games in the Android ecosystem, which may end up costing $200 or so, I expect Amazon to focus more on the lower-price aspect, and probably release one for $99, with no profit for Amazon, just like for its Kindle Fire tablets.

That doesn't necessarily mean it won't have a pretty powerful chip, too. I doubt Amazon would make the same mistake as OUYA and release it with a chip from late 2011 (that's when Tegra 3 first appeared). I don't know if they'll be using Snapdragon 800, but there's a small possibility that could happen, too, considering the same chip is rumored to appear in the next-gen Kindle Fire tablet. If they used the same one, it would be easier for Amazon to code for both products, and they could also tell developers that the same games that will work on the console will work on the new tablet, too, so they'll have a bigger market to address (and of course the whole "regular" Android market).

As a typical Android user, I'd prefer sticking with Google's own Android ecosystem, but I'm glad Amazon is doing this, too, because they're just one more big player pushing quality games to Android, through this type of Android-based consoles. But Amazon should do pretty well with its own closed ecosystem and console, because most of their customers should be normal people buying stuff from their own store.