When you’re looking for a case to protect your brand new ASUS Google Nexus 7(2013), you’re probably looking for something that looks nice and should help protect your device for its lifetime. In the past, I’ve been quite a fan of the DODOCase brand. I’ve reviewed two cases from them already. One for the original Nexus 7 and the other was for the new Nexus 7. The DODOCase Hardcover Solid is a pretty thin case. Unlike the Classic, it doesn’t just “slide in”. It actually has some adhesive inside the case to keep your Nexus 7 inside the case. Don’t worry, once you put your Nexus 7 inside the Hardcore Solid, you’ll still be able to get it out and put it back in. In the time I’ve been using it (around a week) I’ve taken it out of the case to put it onto my wireless charger. Since, as you probably expected, it does not work with the case on.

DODOcase is a great manufacturer, and they hand make all of the cases. And that takes around 3-4 weeks to arrive. Of course mine came much sooner. That all depends on how much personalization you add to your case. And as you can see in the pictures, you can use it a sort-of stand for watching movies, or even tilted a bit for typing. Which makes it really nice. 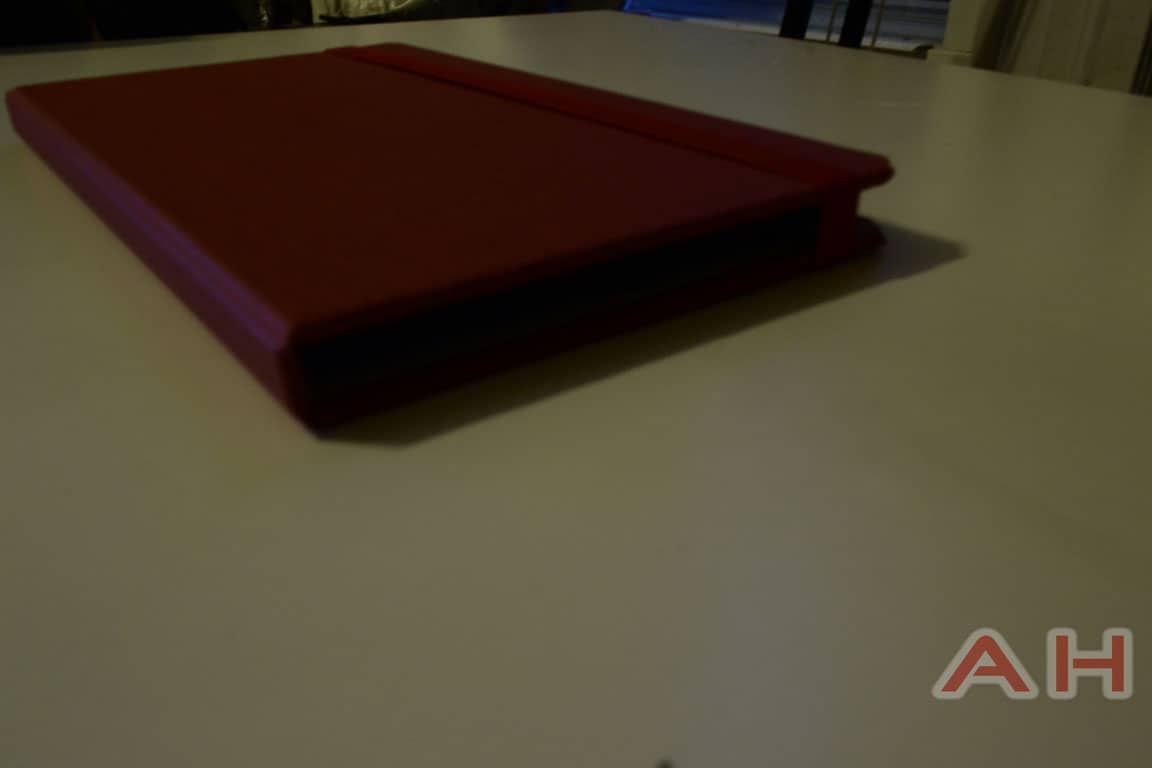 The Hardcover Solid is one of DODOcase’s cheaper cases. It’s running for $40 and personalization is another $10. But does it protect your Nexus 7? It does, but I’d prefer the classic since it does have the wooden sides, and I believe that it looks better as well. But that could just be the colors. Currently the Hardcover Solid is only available in red. But I’m sure that’s going to change very soon, once they catch up with orders for the Nexus 7 (2013).

I would recommend this case to anyone with a Nexus 7. There are actually quite a few great cases for the Nexus 7 out there, and DODOcase has quite a few of them. Stay tuned, we’ll have plenty more reviews coming soon.