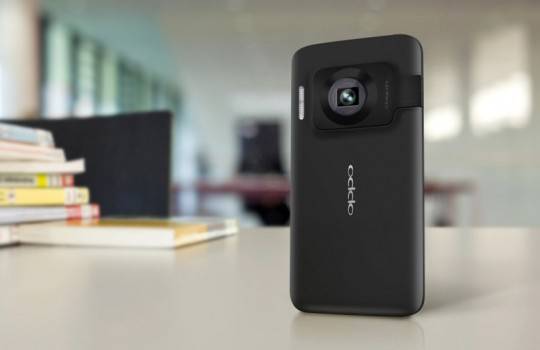 Currently, details are still very small in regard to OPPO's rumored line of devices that will compete with Samsung's Galaxy Camera and Galaxy S4 Zoom devices. Now we have some images to add to the rumors. As you can tell from the image above, it's got a pretty large camera on the back. This is said to be the N-Lens which is OPPO's camera-centric device that's coming soon.

Back in July, we began hearing rumors that OPPO was working on preparing a line up of new connected camera devices. The N-Lens series is set to rival Samsung's Galaxy Camera and Galaxy S4 Zoom, which was announced in 2012 and 2013 respectively. It's said to be an Android smartphone with a relatively high resolution camera. OPPO has already confirmed the N-Lens series direction, it has been very quiet about the device. 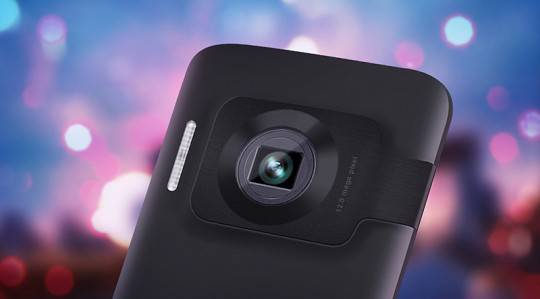 There are two renderings here that leaked not too long ago that provide some clues about the device. These images only show the back of the device, do reveal a black matte metal finish, which looks very nice. And definitely look like a premium, high-end device. Very similar to the OPPO Find 5. Although the camera shows "12.0 mega pixel" we'd think that a "High-resolution camera" would be higher than 12MP since we have 13MP on the Galaxy S4, and a few other devices on the market now that don't specialize in being camera-centric devices.

This could just be another device that OPPO is working on, especially after seeing the success of their Find 5 last year. This could also be the N-Lens series. We really don't know at this time. But I'm still pretty excited to see what OPPO has in store, as long as they bring it into the US. OPPO has been very developer friendly, in fact I don't think any other manufacturer has sent a device to CyanogenMod to get CM on their device before. I'd really like to see OPPO make their way into the US. We can always use more competition.

So what does everyone think about this device? Does it look nice? Let us know your thoughts in the comments below.