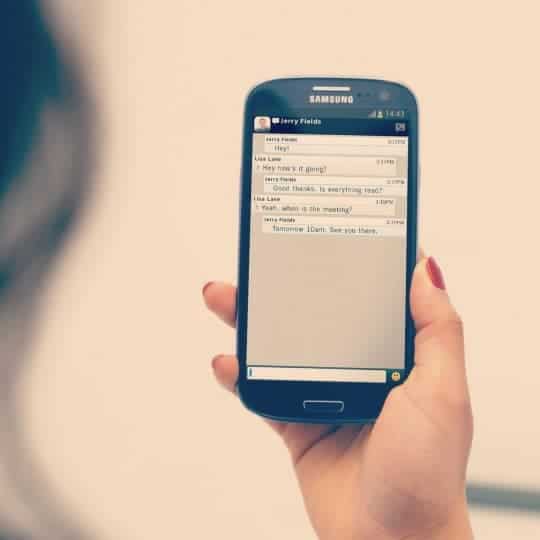 Samsung is renowned for the sheer number of custom apps and services that the include with their phones, and while some might be more useful than others, no one can deny that they offer a wide bevy of options to use.  Thankfully Android lets you disable any apps you don't want on your phone if they can't be uninstalled, but sometimes a pre-installed app is more useful than anything you can get on the Play Store.  Case in point with Blackberry Messenger, or BBM as many know it.  Many people have used BBM in the past and have loved it, but with the Blackberry era officially over and the company in shambles, will BBM really have what it takes to turn the tide for the aging brand?  Samsung certainly thinks so, and it looks like they have officially inked a deal with Blackberry to include BBM on all Samsung Galaxy phones.  What does this mean for Samsung's own ChatOn service?  There's really no telling, but knowing Samsung they won't discontinue any of these products anyway.  Samsung Ghana's Facebook page has revealed what we already knew to be true anyway in the following photo with the caption "Another messenger is coming on Samsung phones sooner than you think……..what is it?" 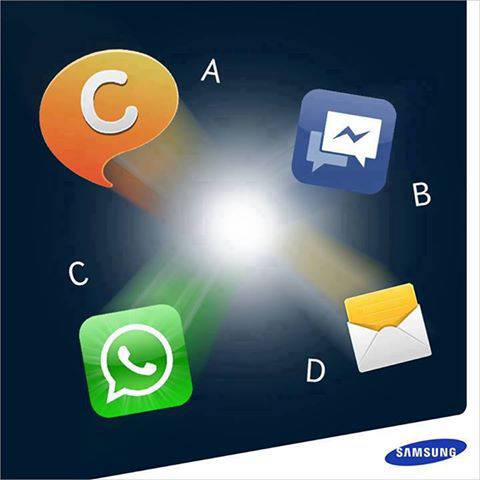 Thanks to Crackberry and their forums, we also have another sneak peek at the upcoming messenger in a video that has since been taken down.  While the inclusion of the BBM service is exciting to some, many are wondering if we really need another messaging app.  Going on what was in the leaked beta user guide, the Android version is missing quite a few features that BBM has on the Blackberry platform, and of course doesn't have anywhere near the amount of features Google's own Hangouts app has.  With Google integrating Hangouts and Google+ into every Android device out there, many have already moved on to that platform or just about any other platform out there.  The real question isn't just when Blackberry will add these needed features, but when it will be available for all Android users out there.