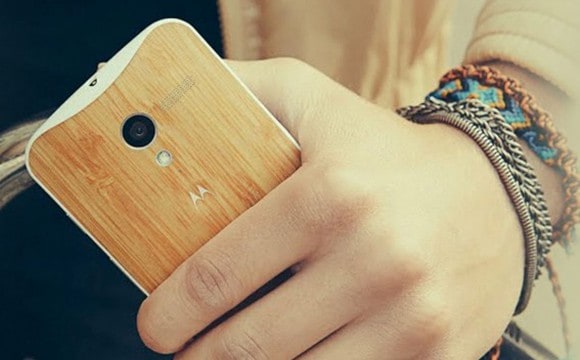 Finally, it appears that the Moto X is being released on August 23rd started at AT&T. We've heard it'll be launching on Sprint the same day as well. But AT&T has made it official. AT&T's press release today said that those that registered on the AT&T Moto X page would get early access to the MotoMaker tool to customize their new Moto X. The early access will begin on August 19th.

Additionally, AT&T and Motorola will be shipping out those Moto X's before the general public will get their hands on their own. It seems a bit weird since Motorola says your phone will arrive at your house 4 days from the time you order it. Which the August 19th date is 4 days from the August 23rd launch date. So unless the phones are shipping before the 4 days are up, it probably won't happen. Then again, AT&T may not have the Moto X in store, and just have it available online starting on August 23rd.

Earlier today, we wrote about the Motorola Skip which is that $20 wearable NFC device that will turn on for you. AT&T notes that for a limited time, Motorola Skip will be included for free in all MotoMaker purchases. We don't know how long that promotion will last, but I'd guess it'll last for as long as AT&T has the exclusive on MotoMaker.

Our friends over at Engadget are reporting that the Moto X design kiosks could look like the picture down below. This is going to be huge for Motorola. They really need a strong presence inside stores like AT&T. And I have to say, that kiosk looks pretty awesome. The only thing, I think, would be better is if you could design your Moto X and pick it up the same day. Now how's that for impressive? 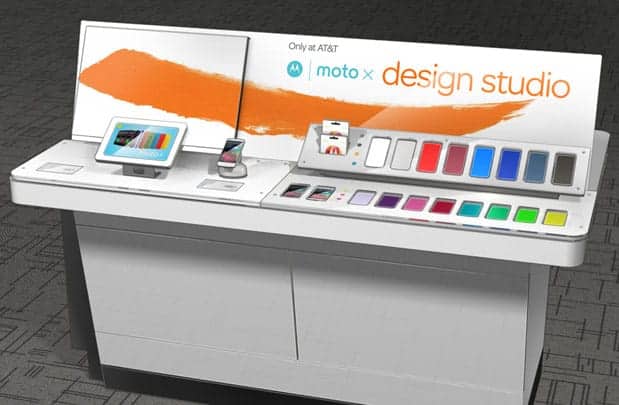 As we've mentioned countless times before, the Moto X is running for $199 on a 2-year contract for the 16GB and $249 for the 32GB. There's no official pricing on the unlocked, or off-contract version. But we're hearing prices around $550 at AT&T. How many of you are going to order a customized Moto X?