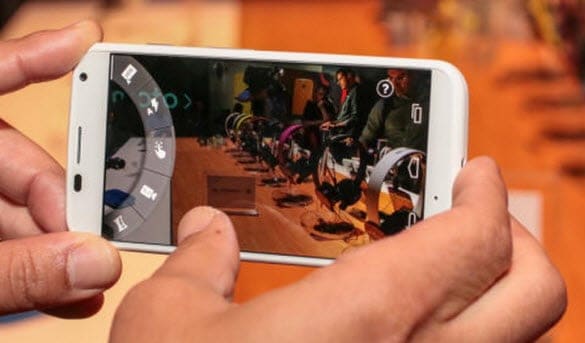 Last week, when Motorola finally announced the Moto X. They confirmed that the device would be sold as a Google Play Edition on the Google Play Store. So we figured it would be running a completely stock experience, like the Galaxy S4 GPe and the HTC One GPe. Which means it would lose the Active display, always listening voice command and all the other customizations that the Moto X has.

Yesterday, on TWiT's This Week in Google, Leo Laporte said that the Moto X won't be coming as a stock Android device in the Play Store. Leo used Guy Kawasaki as his source (who is an adviser to Motorola), who reportedly said that when the Moto X makes it to the Play Store it'll have the same software that exists on the carriers. Except of course the bloatware that the carriers add. So this basically means it'll be an unlocked version of the Moto X hitting the Play Store, that will work on AT&T and T-Mobile. Sounds a lot like that "North American unlocked" Moto X we heard so much about last week when talking about bootloaders.

This does make quite a bit of sense since the Moto X is pretty much completely stock Android. Aside from a few customizations like the Active Display, Moto Assist, Moto Connect, and the always listening voice commands. Oh and that twisting gesture to activate the camera. So why would Motorola take all of that out for a Google Play Edition? More than likely that would cause that 2200mAh battery to not last 24 hours as Motorola is touting with the Moto X. I'm hoping the Google Play edition, or whatever Motorola decides to call it, is available soon and is not $600 like the HTC One and Galaxy S4. But at this point, who knows. We'll have to keep our eyes out on this one.

How many of you would buy an unlocked Moto X from Google Play if the price were right? I'd definitely buy one for $350, all the software optimizations in the Moto X have me pretty excited.  Let us know your thoughts in the comments down below.