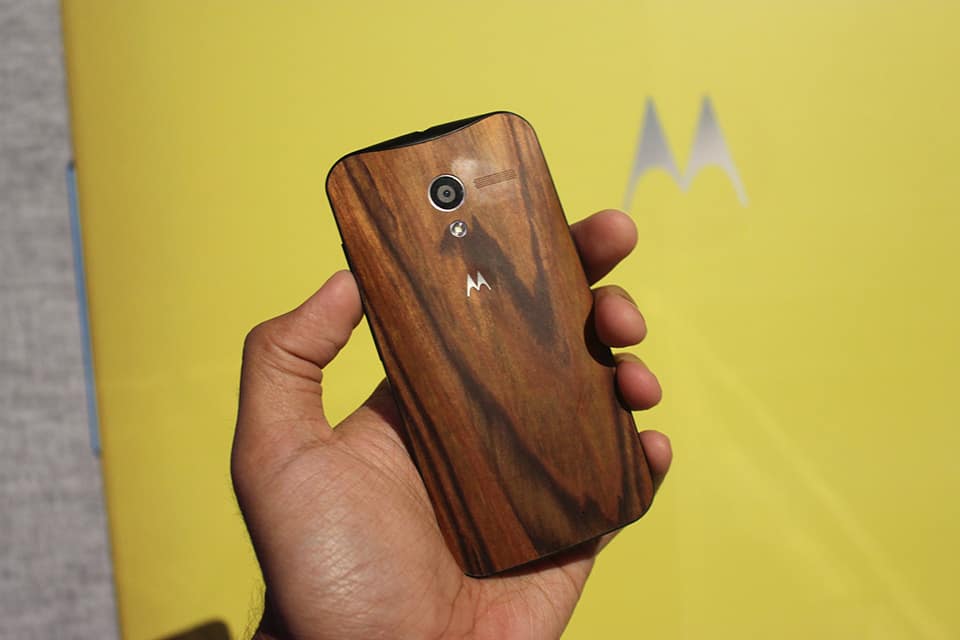 We're assuming that the carriers the Moto X will be launching on is Sprint, Verizon, AT&T, T-Mobile, and US Cellular. We've already heard from AT&T and that they have exclusives on the customizations. AT&T and Verizon customers can head over to MotoMaker website and design their very own Moto X.

It sounds like Motorola has a pretty good device on their hands. We were hoping they'd make it available today, and also be pretty cheap off-contract. But it appears that it'll be $199 and $249 on a new contract. We haven't found out an off-contract price just yet.

So finally the Moto X is official, and it's coming to many carriers in the US. It's still unclear whether the Moto X will be available outside of the US. Motorola was kind of sketchy about when or if it'll be available in Europe, Canada and other parts of the US. The Moto X comes in 18 colors and has 7 accents. Which means you can get just about any color you want on your phone. Sounds like a good idea, and something we might see from other OEMs in the very near future.

How many of you are itching to get your hands on the Moto X or even just pre-order it? Let us know in the comments down below.