LG’s latest and greatest smartphone hasn’t exactly been a well-kept secret, and now it’s finally official. The LG G2 is the latest flagship from LG and we’ve been hearing all sorts of things about this smartphone. Today, LG took to the stage to officially announce the G2. Not only is the G2 packed full of much improved specs over LG’s last year’s flagship, the Optimus G but, it’s the most unique design in a smartphone that LG have ever produced.

Let’s take a look at the specs of the G2: 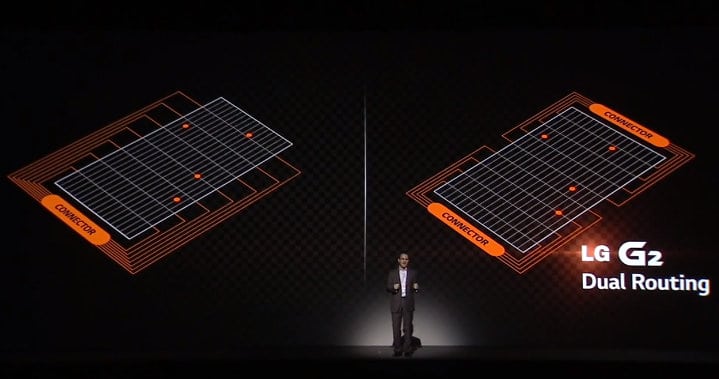 While specs are important, LG are really focusing on the design and usability of this device. For one thing, they’ve managed to keep the device at what they’re calling the perfect width of 2.7-inches while packing in that 5.2-inch display. They’ve learnt from us and discovered that when we’re on the phone our index finger rests around the camera lens. Below the camera lens on the G2 is the only physical button on the whole device. This is how you’ll unlock the device, adjust the volume and even take photos. 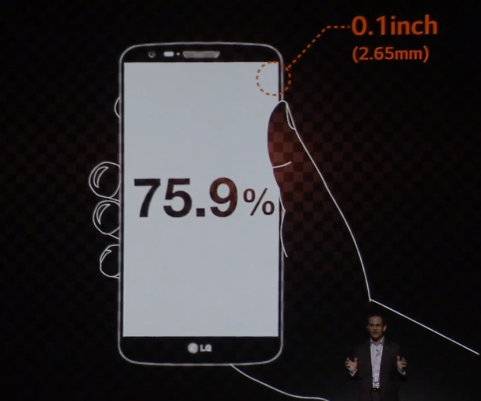 They’ve also paid close attention to the display size and how the digitizer works in the touchscreen. Where normal smartphone ship with just one connector for the touchscreen, LG is shipping the G2 with two. This is what leads to the reduction in bezel size when compared to most other smartphones. Speaking of which, there is just a 0.1-inch bezel at either side of the device.

The LG G2 is to launch throughout the globe, including on all four major US carriers sometime later this year. We’ll have more LG G2 news for you shortly!