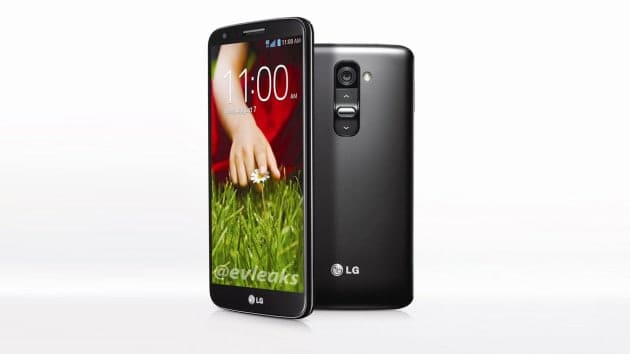 LG has struggled to sell their US flagship phones in recent years. While the Optimus G was a pretty decent phone it had specs only on par with flagship devices from HTC and Samsung, despite being released 6 months later. While its looks were decidedly generic, it wasn't ugly by any means and it was moderately successful back in Korea. Unfortunately, by the time LG finally got around to releasing the phone here the HTC One X and Samsung Galaxy S3 had already locked down much of the market.

Apparently, LG has finally learned from their mistakes and they are organizing a proper launch for their newest device, the LG G2. The guys over at Android Central have learned that Verizon will be releasing the LG G2 on September 12 with The AT&T launch date just one day later. Those dates are particularly impressive considering the device will barely have been officially announced for a month by then.  We are still waiting on T-mobile and Sprint dates. Usually they manage to get devices on their networks fairly speedily so hopefully the wait will be minimal.

I am actually struggling to believe the insanely early Verizon release. Big Red is famous for it's long delays. After all, making sure all the bloatware is as awful as possible takes a little time. Verizon's relationship with LG has been, perhaps, the worst of all manufacturers. Verizon was the only major US carrier to not even offer the Optimus G. They probably decided the Galaxy S3 and One X were selling well enough already.

Last year the Optimus G offered no significant advantages over the flagships released nearly half a year before. So it was no surprise that consumers looking for a new device would've gone with one of the earlier (and likely discounted) models. Luckily for LG fans everywhere this will not be the case this time around. The G2 comes with the best specs available in a phone right now. A gorgeous 5.2 inch 1080p display is paired with the worlds fastest mobile processor, the Qualcomm Snapdragon 800, clocked at a mind blowing 2.26 GHz. The phone will be the first to ship with an Adreno 330 GPU, 2GB of RAM and 32 GB of internal storage. As long as LG doesn't go too heavy this phone should fly and it makes a certain Motorola handset look, well, rather inadequate.

LG's phones have been improving rapidly. The Nexus 4 is still my favorite phone out there and the Optimus G Pro might just be the best phablet out there. The more I hear about the G2 the more excited I get, especially since the next Nexus might just be based on its hardware. Anybody else out there feel the same way. Verizon customers, are you excited to finally get a phone before somebody else. Who knows, maybe they'll even start applying this new philosophy to updates (spoiler alert; they won't)? Let us know in the comments down below, and go head on over to G+ and go check us out!