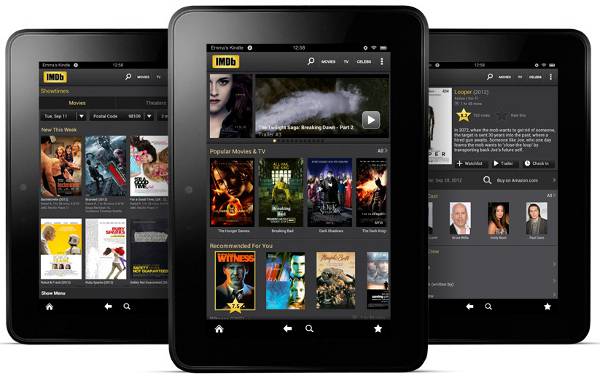 Amazon has been making remarkable strides in the low-budget tablet market while remaining only second to Google's popular Nexus 7. After the company's initial success with the first generation Kindle Fire, Amazon had successfully made a name for itself among consumers. The company then capitalized on that name by releasing a higher-end line of tablets known as the Kindle Fire HD, spanning several different sizes. The company also received a boost by running their tablets on Android, although you would never know that by picking one up.

Just over a week ago, we got word of the leaked specs for Amazon's Kindle Fire HD tablets. Noticeably absent however was any information regarding the company's entry level offering. Now the silence has been broken with BGR claiming that they have gotten a hold of the leaked specs for Amazon's base model Kindle Fire. Keep in mind that these are not yet confirmed so take the following specs with a grain of salt:

You will recognize this chipset as the one that is currently powering the Kindle Fire HD tablets. While the chipset is a little outdated, it is still a nice improvement from the current generation. However, don't get too comfortable with Texas Instruments' processors as Amazon is rumored to be switching to MediaTek chipsets next year. Amazon is basically taking the current 7-inch model of the Fire HD and bumping it down to act as the entry level for their tablet line. This means that both the specs and the overall appearance of the device will be similar to the Fire HD's offerings.

We are expecting the device to actually be offered in 3 different storage capacities: 8GB, 16GB and 32GB. While the price of the higher capacity models is unknown, we can expect the base model to remain at the same attractive price of $159. The tablets are likely to be announced this fall with time to ship for the holiday season.