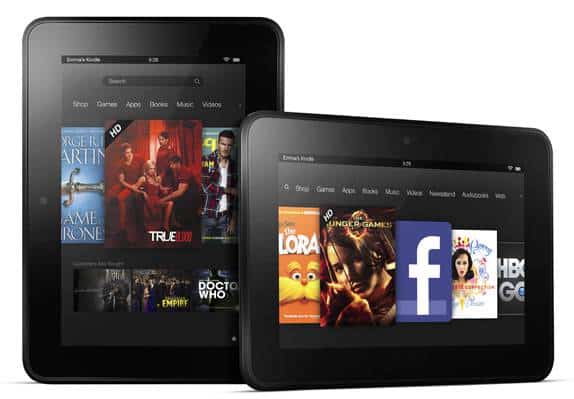 With the full support of Amazon and its vast library of books, the original Kindle Fire was launched in 2011 for a mere $199. Google followed up with its own small tablet, the Nexus 7 at $199. That started the flood of 7-inch tablets in the sub-$200 price range that still goes on today. Kindle eventually added an HD version, a larger 8.9-inch version as well as an HD version with LTE.

The last couple of months have shown that Kindle is getting ready to do a major upgrade to both the 7-inch and 8.9-inch models. The 7-inch Kindle is rumored to get a 1900 x 1200 display resolution like the new Nexus 7, but powered by a Snapdragon 800 running 2GHz with 2GB of RAM, Front Facing Camera (FFC), in 16GB, 32GB, and 64GB versions with Android Jelly Bean 4.2.2 under Kindle's own customization. 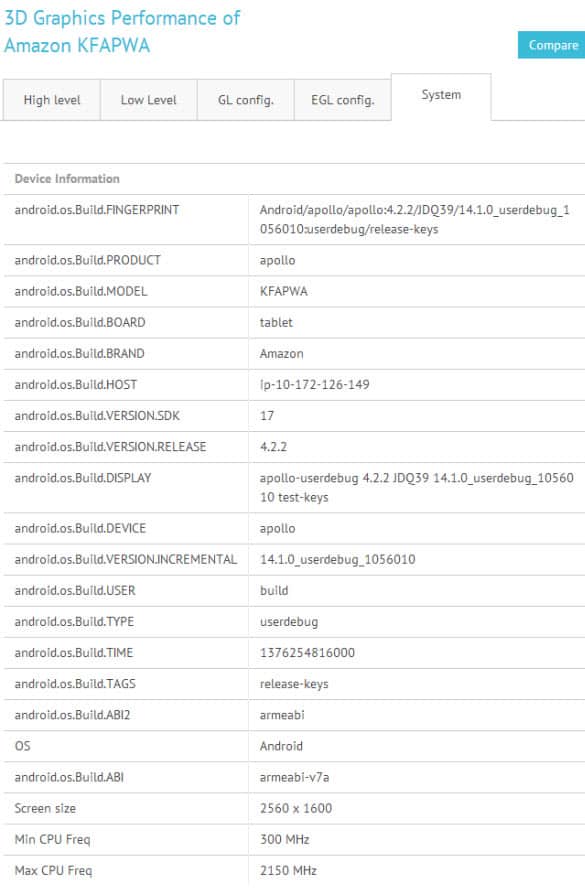 A recently released GFX Benchmark of a Kindle model "Amazon KFAPWA" which is most likely the 8.9-inch HD tablet; and the numbers show one thing for sure, a screen resolution of 2560 x 1600, which certainly ties in to previous reports we have read.

The other number that jumps out is the device has an Adreno 330 GPU, which would confirm it was packing a Qualcomm Snapdragon 800 SoC. We are looking at the Kindle 8.9-inch HD specs as:

We expect a late August announcement and September release for this revamped line of Amazon Kindle Tablets, just in time for the holiday season. Rumors were that Amazon is trying to keep the prices about the same as the older models, which would give the rest of the tablets, especially the new Nexus 7, a formidable challenge. Let us know what you think about these powerful new tablets, which, at one time, were brought out for the soul purpose of being a reader.