Samsung is always in the news for one reason or another, and today is no exception. Normally making news in the Android arena with their immensely popular Galaxy line of Smartphones and Tablets, especially the Galaxy S3 and updated Galaxy S4. Then they forged and defined an entirely new genre of Smartphone, dubbed the Phablet, with their Galaxy Note series, with the Note 3 being announced in a few days at IFA in Berlin. People laughed at the 5.3-inch display and the addition of an S-Pen, but the public reaction was positive and with over 10 million Notes sold, the Phablet is here to stay.

Samsung has also tried and scraped many projects to get to where they are now, the largest worldwide mobile phone seller in the world. One project Samsung is working on is their own OS, called Tizen, which is really an evolution of their Bada OS. A Tizen Association was formed within the Linux Foundation and is governed by a Technical Steering Group for the purpose of guiding the role of Tizen in the industry.

Samsung was not happy when Google bought Motorola and felt it would give them an unfair advantage with OS updates and innovations. CEO JK Shin claims they maintain a good working relationship with Google, but that Samsung has always sought to work with multiple Operating Systems.

After hearing so much about the Tizen OS, and Samsung’s determination to launch a Tizen phone this Fall, rumors started that Samsung was going to abandon Tizen. However, in an article we did at the beginning of this month, Mr. Shin made it quite clear that Samsung had broad ambitions for Tizen and it was more than just a “simple alternative for Android.” 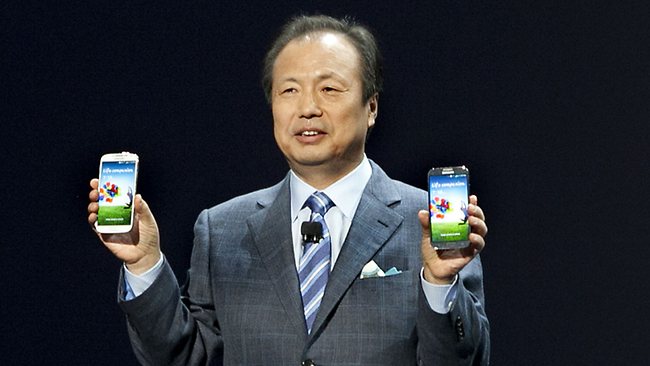 Thought to be launched in the third quarter, Tizen has now been moved to the fourth quarter and questions began to pop up as to why there was a delay. According to sources, Mr. Shin ordered the delay because he was not pleased with the direction the smartphone had taken. Mr. Shin ordered an internal team to, “improve the functionality of the smartphone,” before releasing it to the public.  The Department of Media Solution Center (MSC) was originally going to release the Tizen phone on the same level of sophistication as the Galaxy S3, but were then told to upgrade the overall phone, causing delays. One related to Samsung officials said:

We want to improve the product and make it the best. We do not mean to say there is a problem with the OS. Nor do we stop the procedure to produce smartphones, we just check a few things.

Samsung and specifically, Mr. Shin, want the first Tizen smartphone to be a flagship type device with great build quality and to highlight its OS. Would you be interested in purchasing a Samsung smartphone utilizing the Tizen OS.