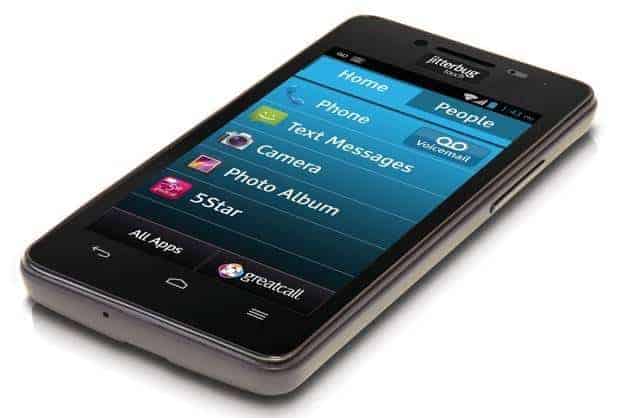 Chances are that if you frequent Android Headlines or sites like us, you grew up with technology and you grew up as smartphones were taking off. So, essentially you've been acclimatized to smartphones for years now. These days, there is a smartphone for everyone, from the very small to the very large, to the very cheap to the very expensive. One thing that's missing in the market however, is smartphones designed for the elder generation. There are phones out there for the older generation but, none of them bring the same sort of smartphone experience down, instead they try to create something else, instead of simply tweaking where needed.

GreatCall have announced the Jitterbug Touch 2, a smartphone for "aging Americans" Specs wise, this latest smartphone isn't going to turn heads, with a 4-inch, 800 X 480 display with Qualcomm's MSM8625 1.5GHz CPU, 512MB RAM and 4GB of internal storage. However, GreatCall is trying to get the message across that the specs and the device on offer, pale in comparison to their software offerings. With an incredibly simple UI to work with, the Jitterbug Touch 2 is easy to explain to those that aren't used to smartphones and more importantly, much easier to adapt to than something from say, Samsung or HTC. There are also a whole host of medical apps onboard as well, perfect for monitoring medication and exercise.

There's no need for a huge data plan or anything like that with such a device so, GreatCall is putting this up for sale for just $139.99 unlocked, free of contracts. You can buy the Jitterbug Touch 2 from GreatCall's website now.

To us, this sort of thing might seem like a complete gimmick but, there are more people out there without a smartphone than you might think. In fact, many of the older generation haven't even come across touchscreen displays let alone a smartphone like the Galaxy S4 or the HTC One. At $140 unlocked, there's decent enough potential for such a thing to really take off. What do you think? Do you know somebody that would appreciate a device like this?