It seems that Google is pretty happy with the result of the Moto X design and while it’s not for sale yet and we don’t know how good will it sell, Google might be starting to trust Motorola as a production and manufacturing company.

Motorola CEO Dennis Woodside, former Vice President of Google’s America Operations, told the Wall Street Journal that Google is considering giving Motorola the production of future Google Glass models which is a big deal since Google is paying a lot of attention to its augmented reality glasses and is giving them just as much press as Android or Chrome. Woodside also added that manufacturing Glass would be “an opportunity” for the company, which is now part of Google but it’s still run independently. Motorola’s supply chain head Mark Randall is advising Google executives on how to solve some manufacturing issues with Google Glass, which we know that Google has the intention of offering to the public by the end of the year.

Ever since Google purchased Motorola for $12.5 billion, they kept it at arm’s length with a firewall in between, most likely to prevent other manufacturers to get angry and jump ship to other platforms. This has proven to be true, with the Moto X not launching with the latest version of Android and there was a former Motorola employee who said that Chrome was almost not pre-installed because they couldn’t get help from the Android team over at Google’s side of the equation. This was probably on purpose to show the world that Motorola is just like the rest, and they probably made things even a little harder just to keep everyone else happy. Woodside said that the Moto X not launching with Android 4.3 was just a matter of bad timing and not of a tense relationship, the Moto X will receive the new software shortly with an over-the-air update.

Everybody knows that Google purchased Motorola for the patents right after losing the Novell patents to a group formed by Apple, Microsoft, Oracle and some other, but Google didn’t sell Motorola like some people thought, instead, they started cleaning it up, they fired about 5000 employees and closed some factories around the world, they reduced the amount of devices they would release and just finished off some devices that were already in production. After doing all that hard work, it was Google’s turn to create a product with Motorola, which lead to the release of the Moto X and the new Droids on Verizon (which are very similar) and while some Motorola employees said that they had no help from Google or the Android team, the device is looking to be very attractive to many people, with features like Touchless Control, the Active display, quick camera access through a double-flick gesture and a battery life of 24 hours, which is yet to be tested.

The Moto X is very comfortable in the hand and the materials and build quality are excellent and the fact that they were able to create a manufacturing process that allows them to deliver a custom-built phone in less than 4 days is amazing. 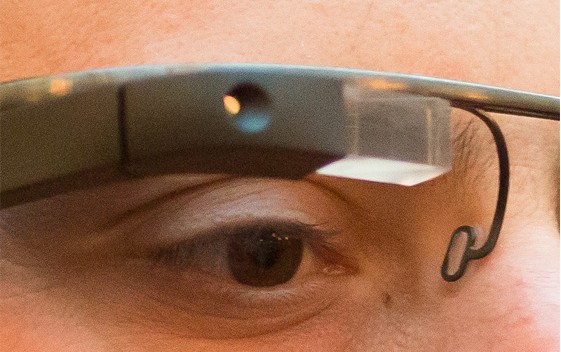 Right now, Google Glass is in the hands of about 10,000 people, with 8,000 receiving it from the #ifIhadGlass contest, 1,500 buying it at the Google I/O event last year and other celebrities receiving it directly from Google. 8,000 more people could be getting a pair of glasses thanks to a new program that allows the winners of the contest to invite a friend to join the testing.

Google will probably keep Motorola’s smartphone division separated, but it seems that they are  thinking about working closely together in other aspects and products. If Motorola ends up making the Google Glass that goes on sale at the end of the year, we might even see more hardware coming from them now that Google is getting more and more in the hardware business. Glass looks like a product that could benefit hugely from Motorola’s experience with battery life.