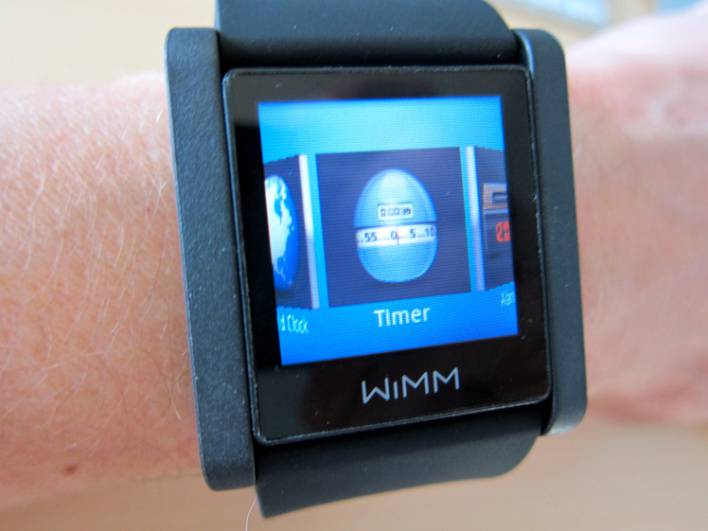 It looks Google has been gearing up for its first smartwatch release for well over a year. While rumor and speculation have been flying recently, Google has been making moves quietly to bring wearable tech devices to market. Google apparently purchased WIMM Labs in the summer of 2012 to help with its smartwatch development, and possible future wearable computing devices.

WIMM Labs doesn't just develop smartwatches. This acquisition is interesting because they also launched its own developer program so that third-party devs can build something called "micro-apps." These micro-apps are applications that are meant to provide more than just the basic notifications for your smartphone. The apps will run on wearable devices independently of your smartphone. It means that your watch could run app just like your phone does. This added functionality could be just what Google needs to differentiate its smartwatch and other new products from other wearable devices.

Google has been working on Glass for years as well. Currently, Google Glass is the only wearable tech device that has been made available to consumers, but rumors of a Google smartwatch have been making their way around the web for months. Other companies like Apple and Samsung are working on their own smartwatch devices, and Google surely wants to offer something more than just the notifications on your wrist that watches like Pebble provide.

The Samsung Galaxy Gear watch is expected to be announced next week at IFA 2013. It will supposedly have a 2.5 inch OLED display and up to 10 hours of battery life. Samsung's smartwatch should have more functionality than just basic app and messaging notifications, but we'll have to wait and see. Google's acquisition of WIMM Labs means that it can bring a competitive product to market that will compete with Samsung, Apple, and whoever else wants to build a wearable device. Google could also be working with WIMM Labs on a version of Android specifically designed for smartwatches. At the very least, a Google watch should have a user interface designed around wearing it and using it on your wrist, the same way that Google Glass is based on Android but has a simplified UI.