These days, there are more RPG games available for Android than there ever has been and if you're a real fan of these games, you can pick up an Android tablet and tap into a wealth of content. Of course, a lot of these RPGs follow the same mold that RPGs have been created in for some time. There are exceptions though, and one of them is Age of Pirates. It's a game that, as you might have guessed, takes place in an era where Pirates and those working the oceans are more important than anything else. With Age of Pirates you can become a Pirate, or a humble trader. The choice is yours. Read on to see whether Age of Pirates is the game for you.

Description: In Age of Pirates, you're given charge of your own ship in the great seas of Laanbrakar. It's up to you to decide how you run your ship, and whether or not you become a noble seafaring merchant, a fighter against the great enemy in the war of nations or even a Pirate. As you might expect, you can become a Pirate in Age of Pirates and become a scrupulous good-for-nothing. As well as this though, you can simply sail the seas looking to turn a profit. The choice is yours. Laanbrakar is a fantasy setting that's on the cusp of the Industrial revolution, with powerful magic still holding on. There are story characters you'll come across along your travels, and there's also the option to play forever using the sandbox mode. If you've ever played Sid Meier's Pirates, then this could be a great game for you to try. Take a look at the trailer below to get a feel for the game.

How it Works: To start faring the great seas of Laanbrakar, all you have to do is download the game from the Play Store, after that you can get started. 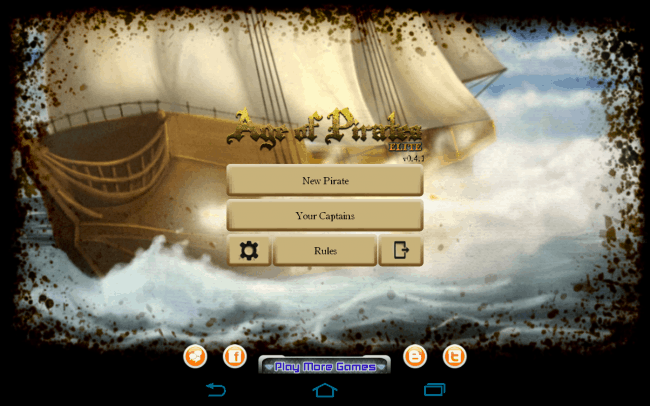 For new players, you'll be asked to create a new pirate, which involves a number of choices. 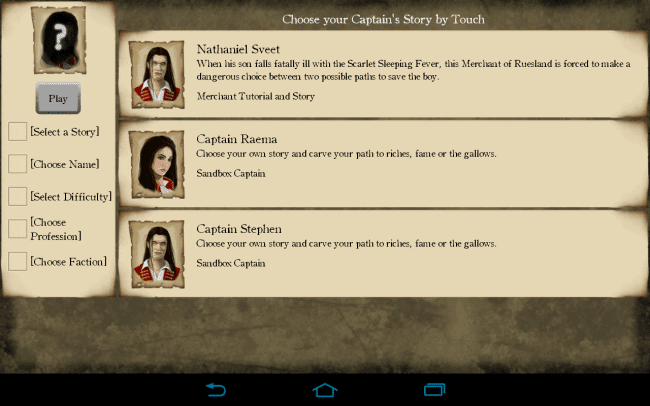 It's best to choose Nathaniel, that way you get to deal with a story and the tutorial, which is invaluable for new players. You get to name your character, too. 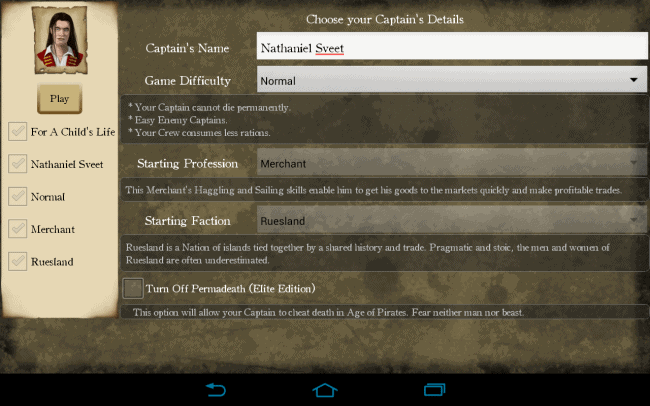 Once you start the game, the tutorial will kick in and tell you how to use the controls. While the tutorial can be a little tedious, it is well worth sticking with as it does a good job of telling you everything you need to know. 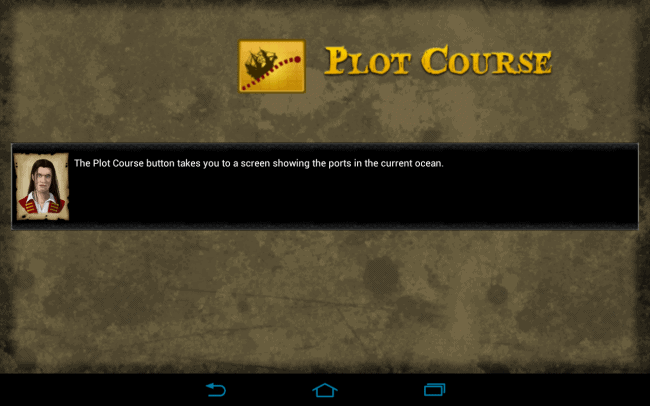 When you get into the game, you'll see that the story kicks off as well, which really makes you feel part of something. 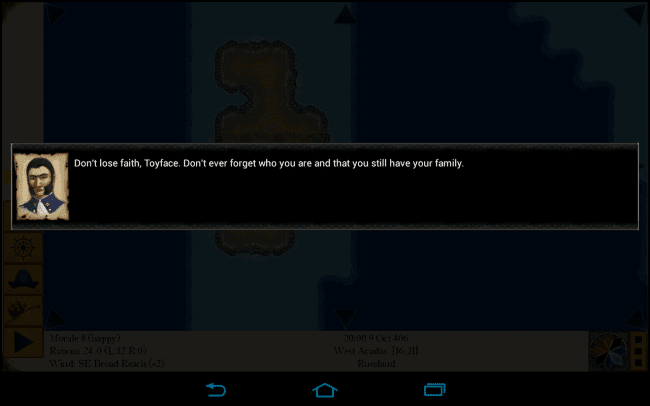 After that, you'll be able to sail the seas. Sometimes you come across other ships. You'll have to read what the game is telling you, and then decide accordingly. 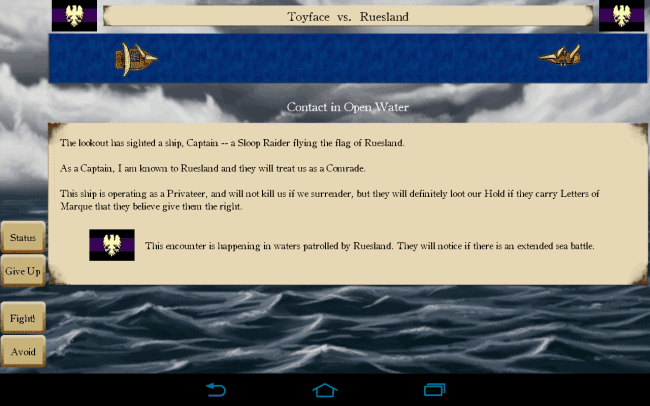 It's a good idea not to start fights when you first start out. You'll be able to plot a course: 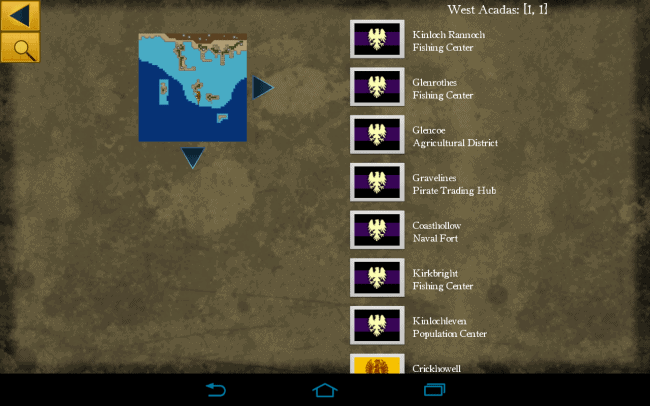 When you start exploring, you'll come across docks and more. These you can explore like this: This is just the start though, and there's far more out there for you to explore!

Opinion: For me, Age of Pirates ticks a lot of the right boxes but, underneath it all I just wish there was more flare to the game. I'm a big PC gamer and I love RPGs games but, of course the PC is very different. Age of Pirates has the content right and if you're really looking to get involved with something involving the oceans and Pirates, then Age of Pirates is a great game for it. Where it falls down is in its dated graphics. The artwork you come across is nice, and works well but, there's not enough of it and the top-down view when sailing is hardly much to look at. It's a shame because, aside from the dated look and feel, Age of Pirates has a lot to offer players, that's for sure.

Conclusion: Age of Pirates is a game that I'm sure will appeal to many and with its vast amount of content, there's something to do for hours and hours on end. RPG fans will find something to love about the game early on, and the more time you pour into the game, the more you get out of it. This is how RPGs should be, there's a storyline but ultimately, what happens is up to you. The developer has given you all the tools to have as much fun as you want with the game and there's so much on offer some players might not even come across it all. Where the game falls down is in its dated graphics and a cluttered UI but, if you can look past that you'll be rewarded with a thorough and meaty RPG with a setting we don't often come across.